I should've warned you how many posts there would be in this series! I hope you're enjoying them all. After this series of photos, I'm going to do a series on vintage patterns I acquired from my Grandma, just saying that now to whet your apetite!

That same day we arrived at Evora, a UNESCO World Heritage Site. This may have been one of the most fantastic places I've ever been. Evora is a city with a lot of history; it's surrounded by a thick medieval wall, and at its center is a Roman Temple to the goddess Diana! The whole town is sprinkled with old convents turned hotels, winding cobblestone streets, and crickety churches with towering spires.

One of the first places we checked out was the Chapel of Bones, adjacent to this fantastically beautiful church. The chapel was made by monks as a place of prayer and reflection, and connected to the church via a small stone hallway. Above the entrance to the chapel was a stone inscription that read "We Are What You Will Become" in Latin. 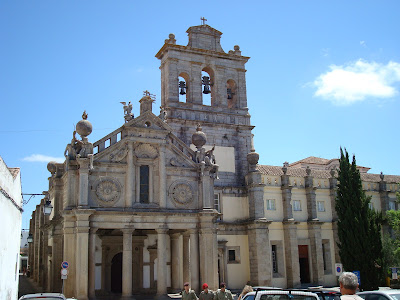 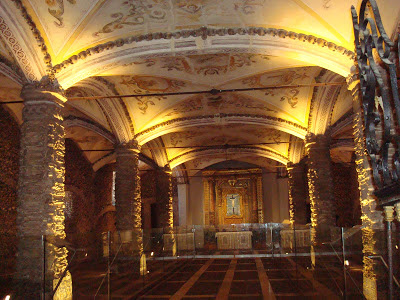 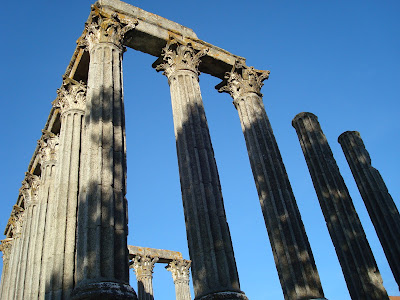 The wall surrounding the city, and a shot of the Roman aqueduct: 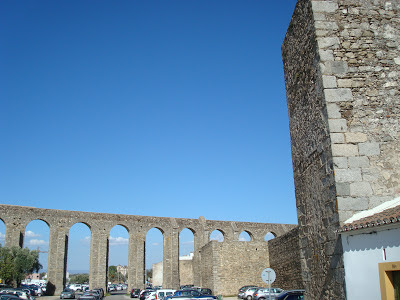 Next we'll see pictures of the second-oldest Cathedral in Portugal, where we had the opportunity to climb to and stand on the roof!!
No comments: