For my Chemise a la Reine, I of course need the proper undergarments. I began with making a chemise, or shift. I used these websites as my sources:

However, I felt that at some points the instructions for putting together the chemise were too difficult to follow, so after I had all my pieces cut out, I kind of guesstimated the construction. In the end, the chemise actually looks very nice, and it's remarkably comfortable and flattering. For the sake of time and money, I machine sewed most of it. Also, instead of making it out of linen, I made it out of cotton because I had several yards of white cotton in my stash. Oh well!


Naturally, I also made a few petticoats to go underneath my Chemise a la Reine. I realize now that instead of pleating outward, I pleated inward! But I don't think it makes much of a difference. I also realize that I could have spared a little more fabric towards the construction of this petticoat. I made my first petticoat out of an old rust colored sheet. The petticoat has pocket slits in the side, and I figure that if I ever need an outfit for any sort of Steampunk soiree, I could just sew some pleats or ruffles to the bottom. It comes to just above my ankle, at a really perfect height.

I used these websites when making my petticoat: 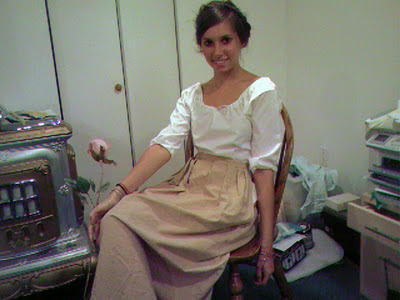 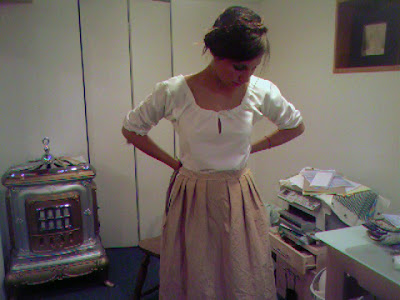 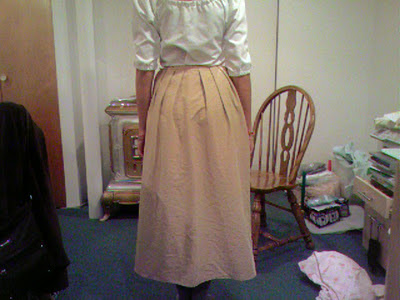 I also made pockets! I know, I know, they're very simple--I chose not to embroider them for the sake of time--but they are great and really useful and clean and pretty and, above all, practical! These are also white cotton, bound with some olive green double found bias tape I had leftover from a previous project.  I love the contrast of the white and the olive green, and overall I'm happy that I have a repository for all my modern-day crap so I won't have to lug around a purse. 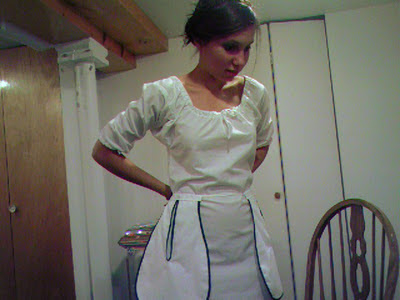 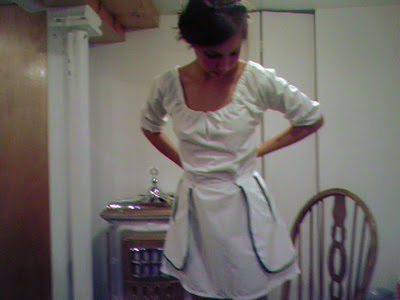 In your opinion, what is the most practical historical garment you've ever made or seen?
1 comment: