Forgive my silence! I'm just wrapping up all my final exams, projects, and essays. Jacques Louis David's The Death of Marat (1793) pretty much sums up how I feel:

Originally, I planned to make a regency/federalist/empire chemise (1795-1820) chemise. I bought 100% cotton lawn. I even bought Sense & Sensibility's Underthings pattern. But I was just too busy with school to even print out the e-pattern! I'm looking forward to hand-sewing the chemise as a relaxing after-semester project.


I was not going to complete the challenge at all until an opportunity arose to make an 18th/early 19th century cravat as a surprise gift for a friend.

Cravats were an essential male accessory in the 18th and 19th centuries, and were precursors to modern neckties.  JaneAusten.co.uk has a great article on the history of cravats and other male neckwear of the era. In 1818, J. J. Stockdale published "Necklothitania or Tietania, being an essay on Starchers, by One of the Cloth," an image tutorial for men showing a variety of ways to tie a cravat.

The cravat I made was inspired by the images in Necklothitania and of Beau Brummell, placing it at the end of the 18th century and early 19th century. This time period correlates with the Regency/Federalist/Empire eras, which were characterized by wars including the War of 1812, the First Barbary War, and the Napoleonic Wars.

My cravat is a rectangle 9 inches tall and 74 inches wide (originally 10 x 75, but I lost some inches from the seam allowances). It is made from cotton muslin, and the hem is sewn by hand with a slip stitch. It is embroidered with the wearer's initials (I'm not sure if this is a period practice!) in cross stitch in his favorite color.

Overall, this was a fun, easy, quick, relaxing, and rewarding project! 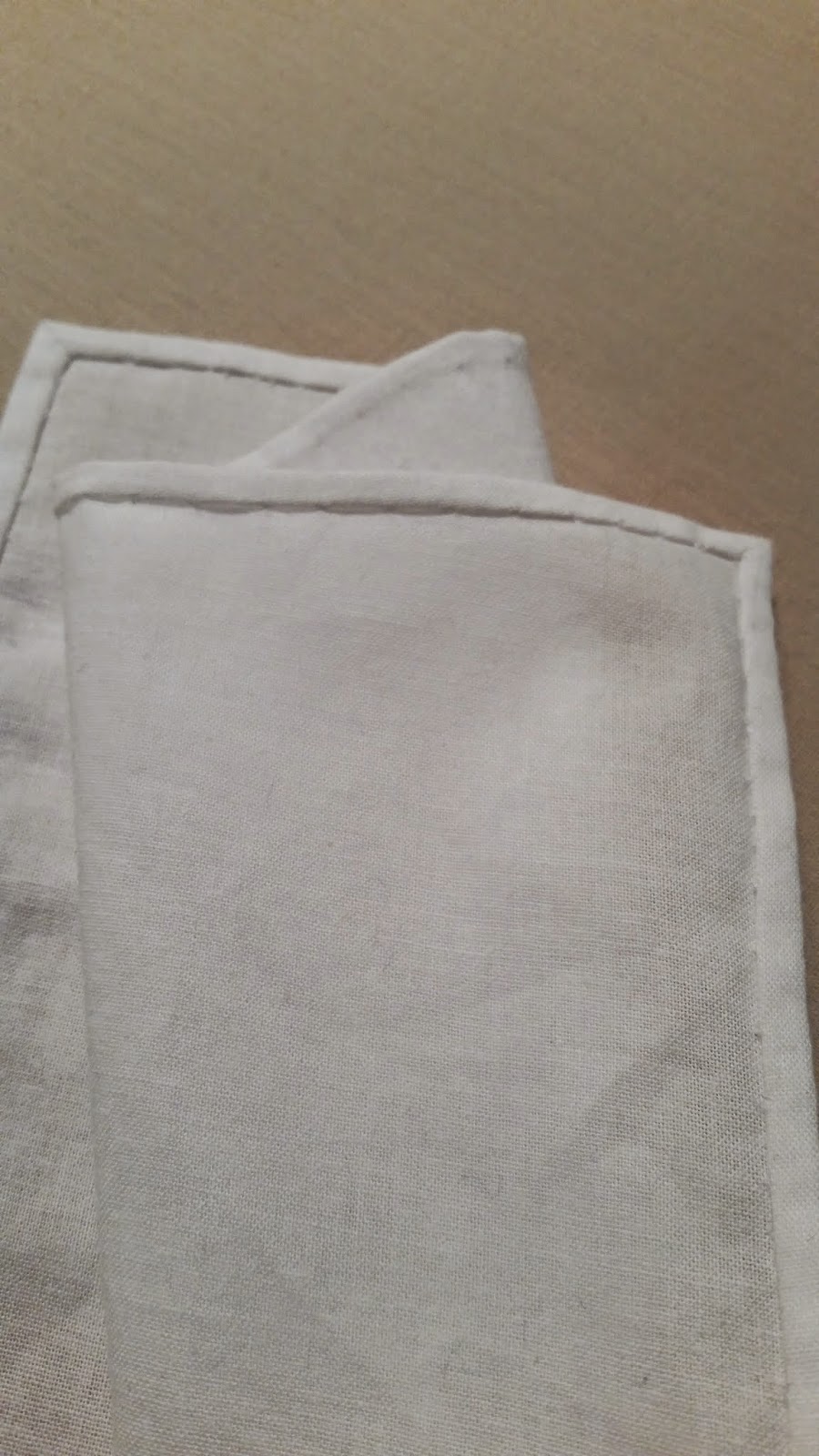 The Challenge: #4 War & Peace
Fabric: 100% cotton muslin
Pattern: none
Year: 1795-1820
Notions: needle, thread, embroidery floss
How historically accurate is it?: I'd say 95% percent. A finer cotton would be more appropriate, and though initials were usually embroidered onto shirts and chemises, I'm not sure they were on cravats.
Hours to complete: about 5
First worn: not yet
Total cost: $0 (all stash materials!)