These Edwardian children's shoes were built on left and right lasts, unlike the straight lasted leather button boots from my last post. I have found examples of similar shoes that date from around 1900.

The boot uppers are made from olive-green canvas. The boots fasten with 8 buttons along a scalloped opening; just like the straight lasted button-up boots, all of the presumably glass buttons are intact. The toes and heels are decorated with black leather. These boots have a slight heel. 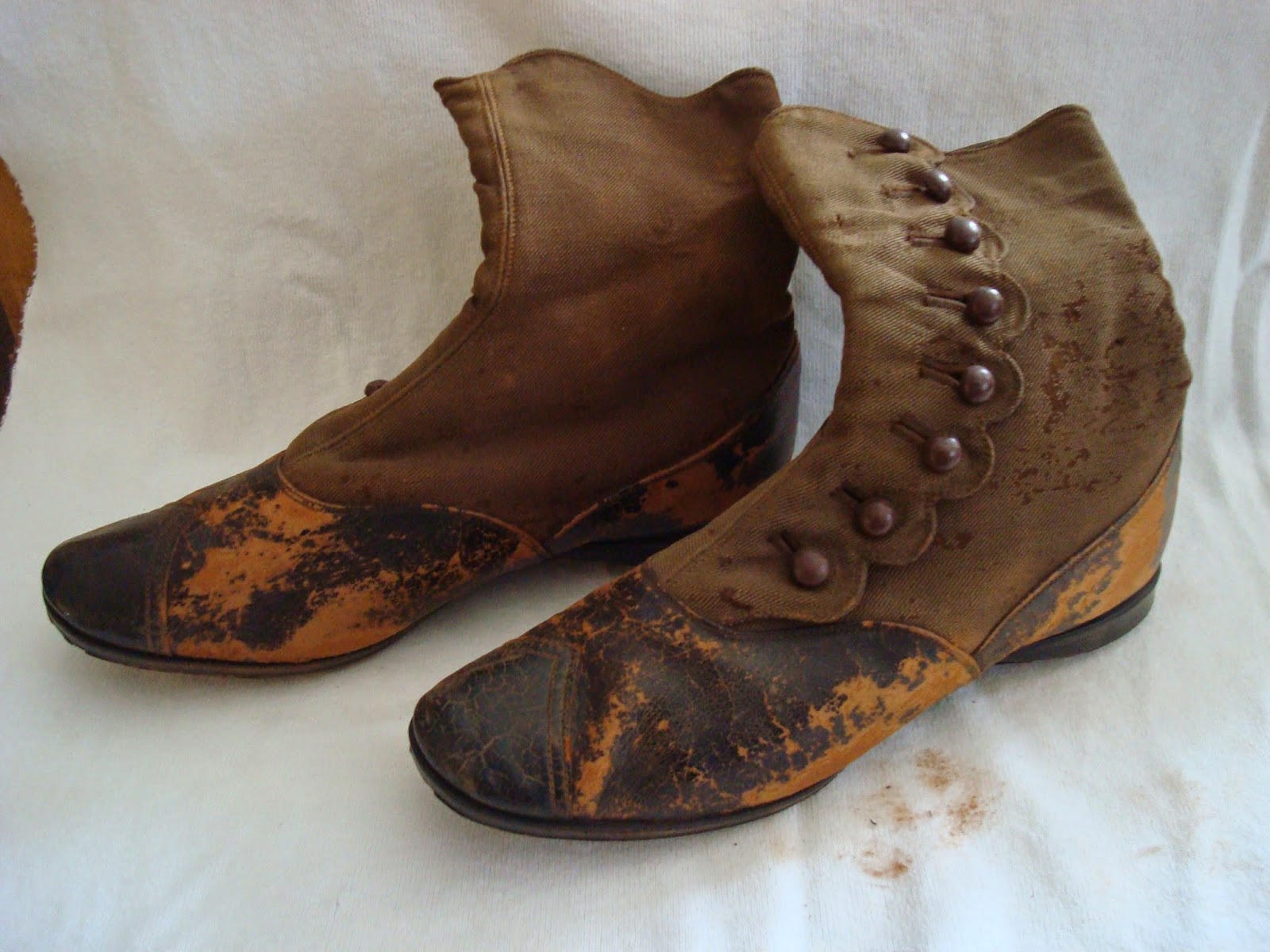 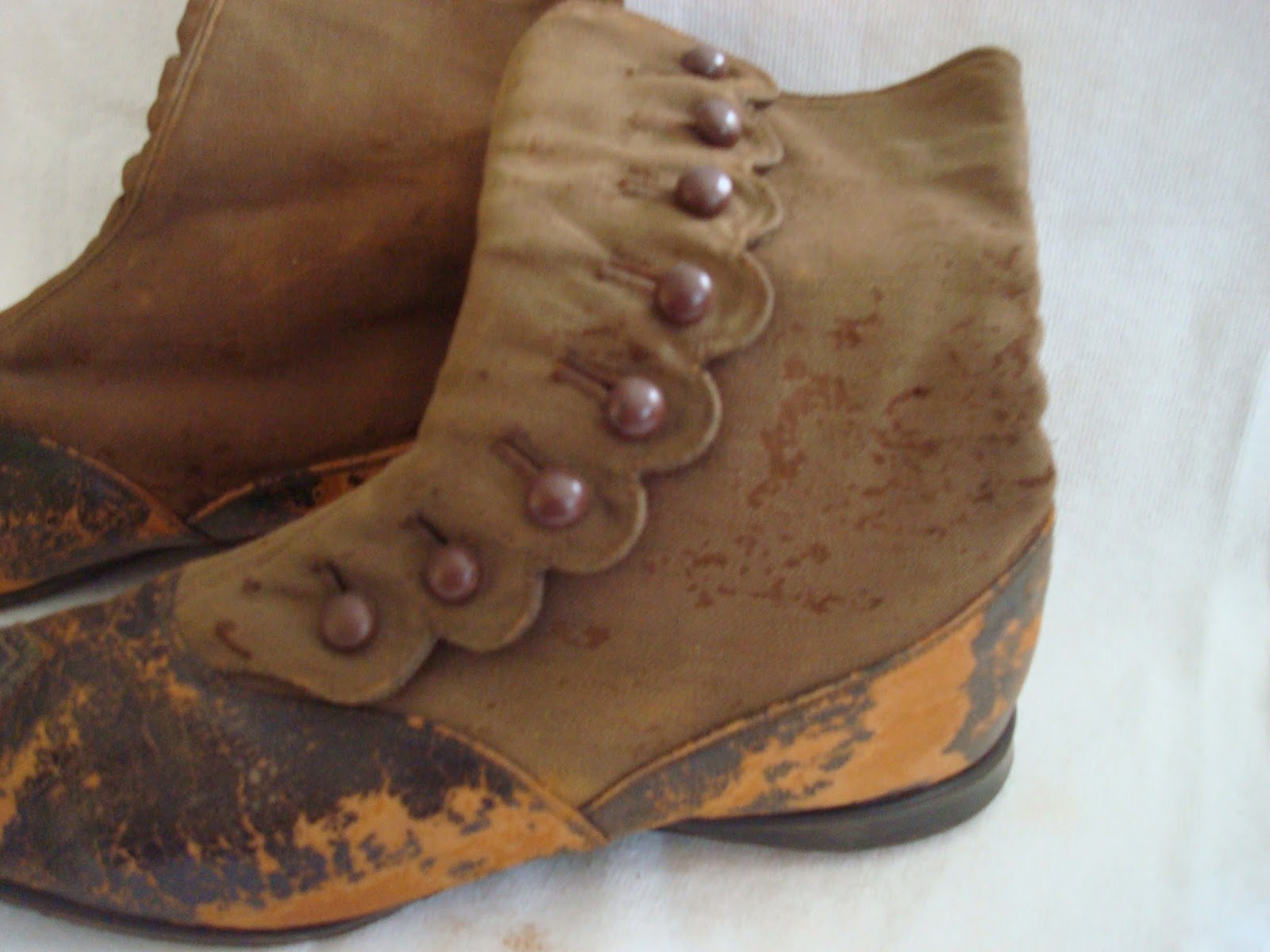 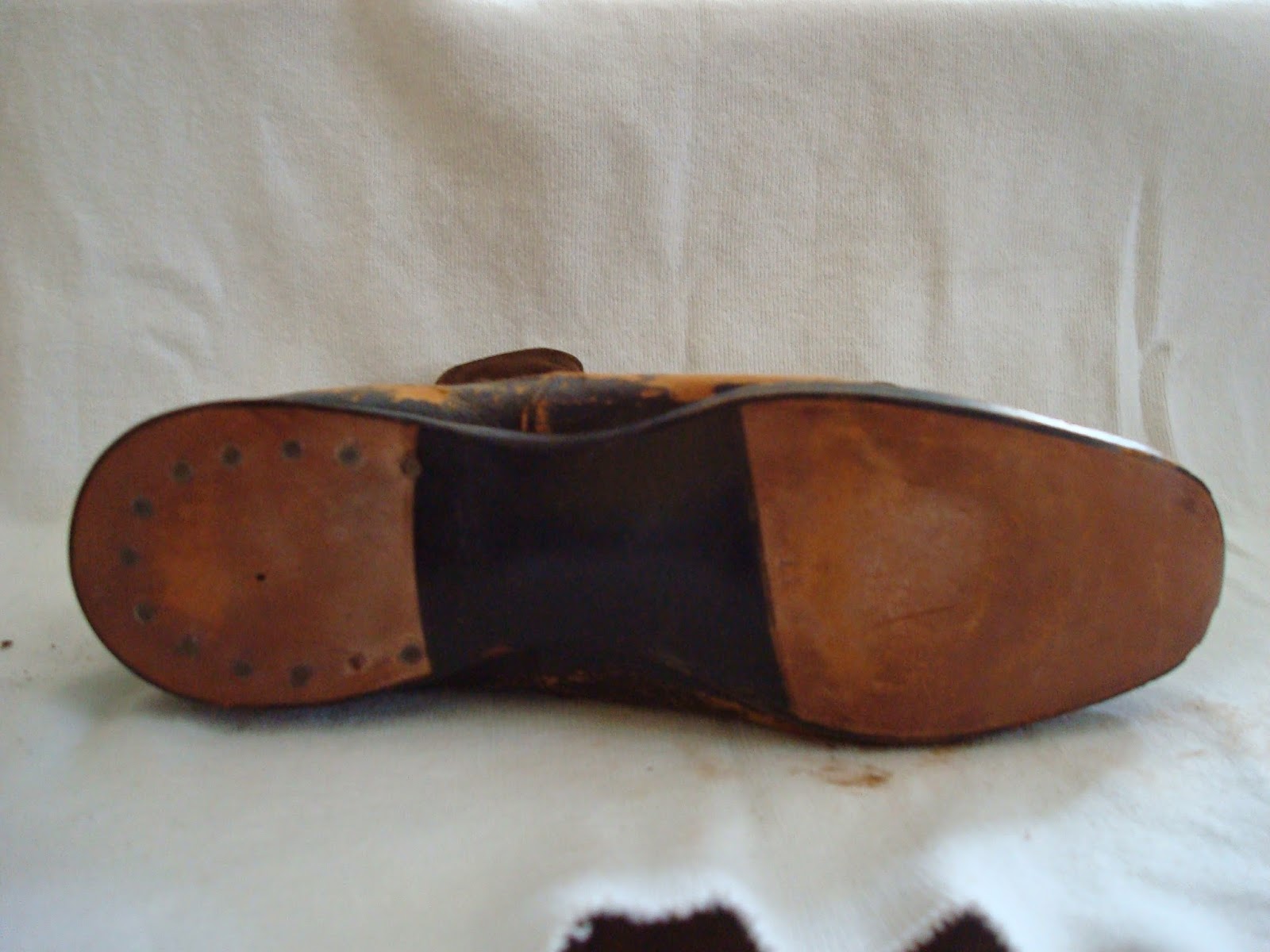 Like the other button boots, the soles of these gems show very little signs of wear. However, the way they were stored has facilitated deterioration. These boots were stored with the canvas uppers folded, which wore out the canvas along the fold. The leather is also crumbling and wearing away. 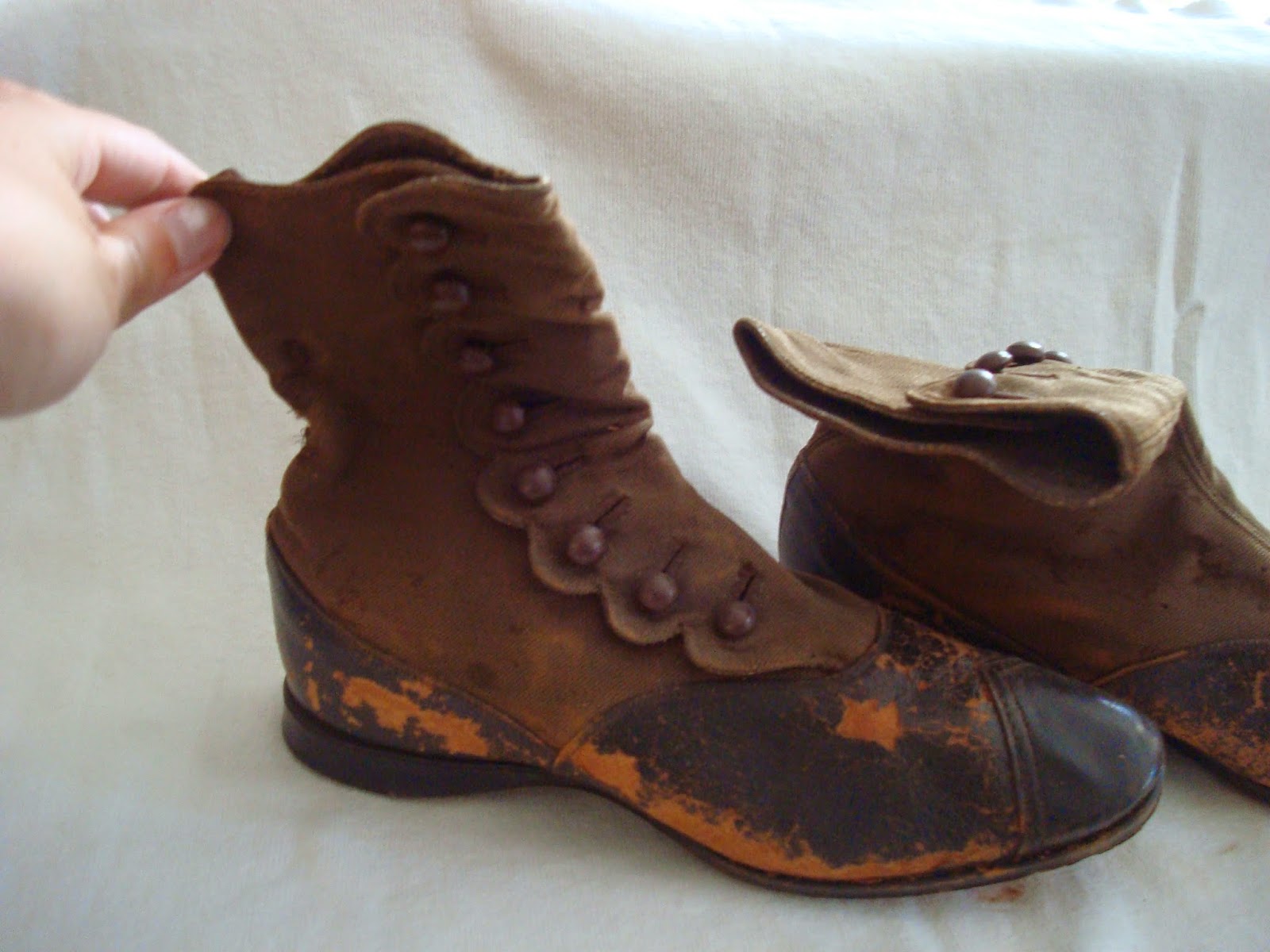 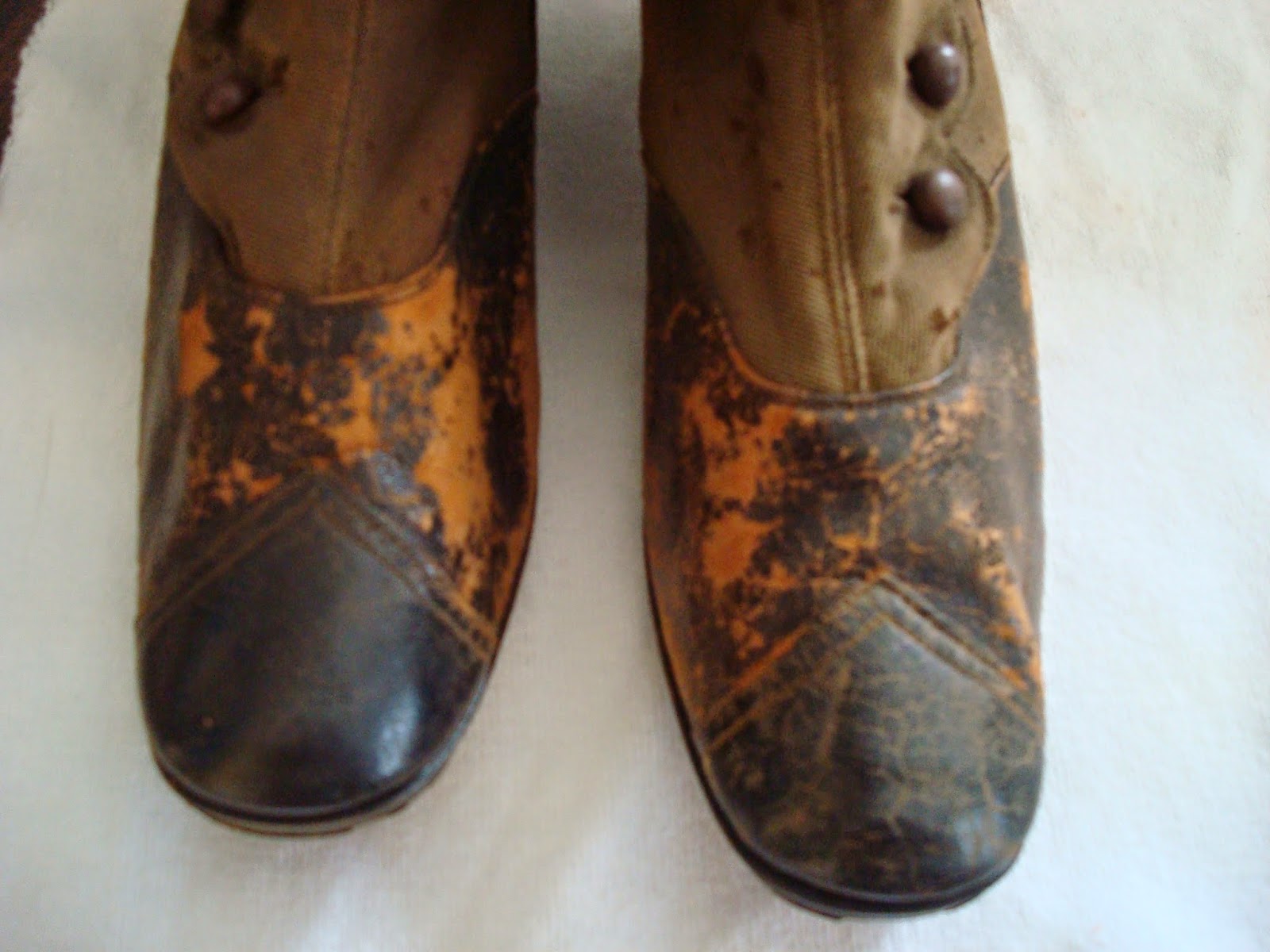 These boots are lined with plain, beige (presumably) cotton. The lining is stamped with the number "589." 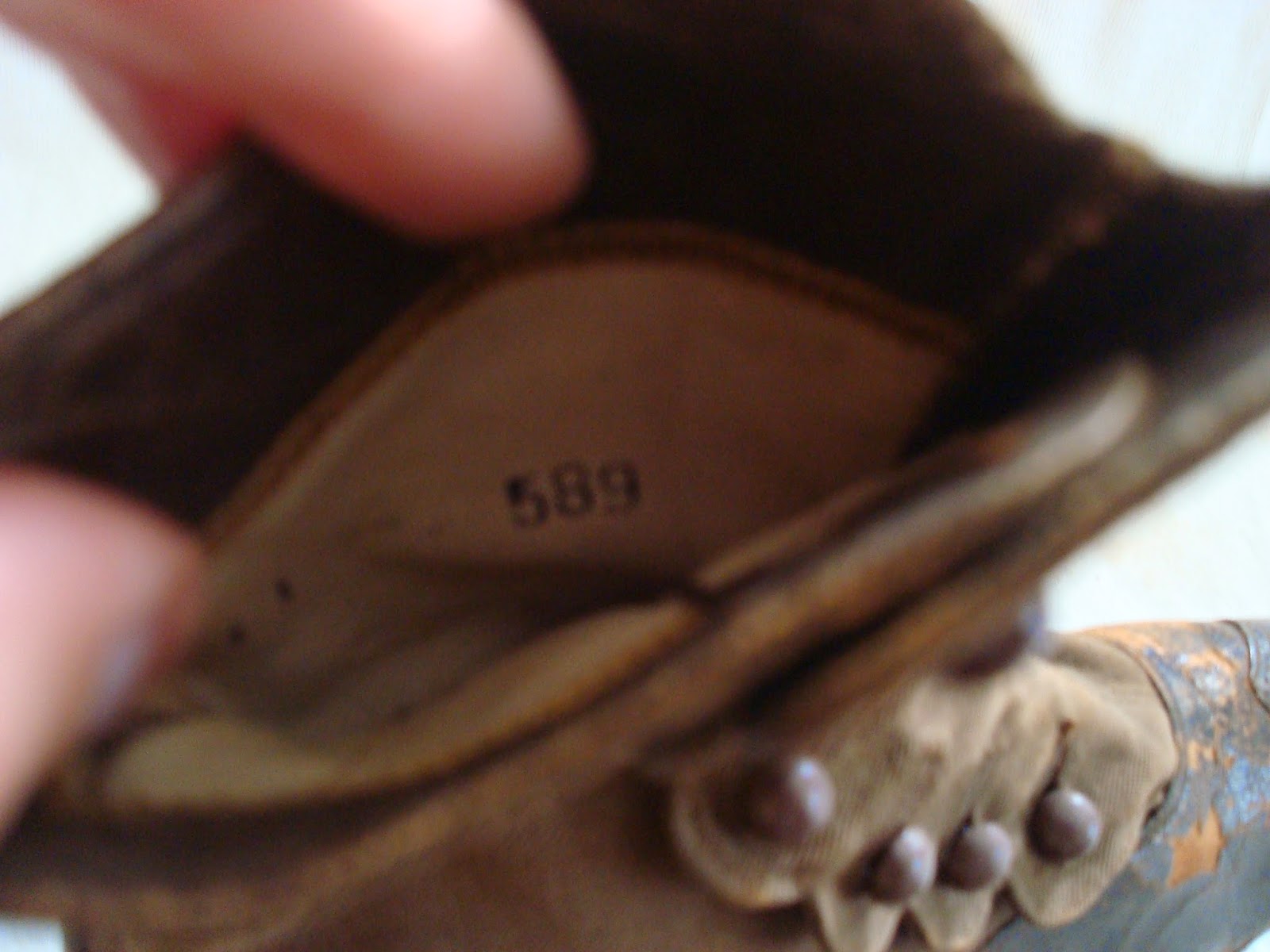 Since finding these at the bottom of a box alongside the the Silver 1920's Dancing Shoes and the Straight Lasted Button Boots, they have been stuffed and wrapped in acid free tissue paper.