The gold filigree pendants and chain necklaces are one of the most iconic elements of the folkloric costume of northern Portugal. Portuguese gold is 18 karat and has a lovely, soft luster; it was usually imported from Brazil.

The gold jewelry is traditionally fastened just below the shoulder seam of the bodice; however, in antique photographs and postcards, the necklaces are fastened around the neck. Pinning it to the bodice forms a rich curtain of gold and removes the strain of the weight of the jewelry against the neck.

The triangular arrangement of the gold on the chest actually has prehistoric origins. From the 5th to 8th centuries AD, the Suevi Visigoths inhabited the northern part of the Iberian Peninsula--what is now northern Portugal and northwestern Spain. Strabo, a roman author, describes around 20 AD in his Description of Iberia that the area had a matriarchy. He observed "barbarian women" who "work the land," and whose husbands are were obliged to provide for them and whose daughters, who inherited the land, had to marry their brothers--he describes this as a gynaecocracy, but not as a political system. The Romans were the first to face the power of the Minho women, who killed their own children so that they wouldn't belong to the Romans. The Romans eventually won and revoked the women's power, which was further repressed by the introduction of Christianity (which marked the end of goddess worship and fertility rites). With oppression from both Christianity and Islam (the southern part of the Iberian Peninsula was Moorish), women again turned to the worship of women but in a different form--Madonnas and saints. The ancient moon goddess became Our Lady of Agony, and today her celebrations are the happiest and grandest in the Minho region. In an attempt to regain their power, women took to donning gold as fertility talismans, which slipped under the nose of the males who saw it as just jewelry. Artifacts reveal that jewelry in that area was decorated with breasts and inverted triangles, both of which are associated with female fertility. The triangular draping of the gold on the chest mimics the inverted triangle shape.

The gold that women adorned themselves with represented their social status. Gold was seen as stable in times of economic and political fluctuations, and was an investment that was passed down from generation to generation.

The gold jewelry was also practical: if something unfortunate happened to a woman's father, husband, or boyfriend while he was away (such as in war), the woman would be able to financially support herself by using her gold as currency. These practices can be documented as far back as the 18th century. Sometimes, coins would be worked into pendants and earrings, too.

Another concept of practicality in Vianese jewelry is the lack of rings or bracelets. Having the hands free of adornments allowed them to be used at home or in the fields.

My set, which developed over many years, contains 2 brooches, 2 necklaces, 2 pendants, and a pair of earrings. These pieces are available in abundance in Viana do Castelo, Portugal; they would make great souvenirs.

This necklace, one of my most recent acquisitions, is made of small, filigree balls. It has a matching brooch with slightly larger filigree balls. The other brooch is solid, and a simple oval design. 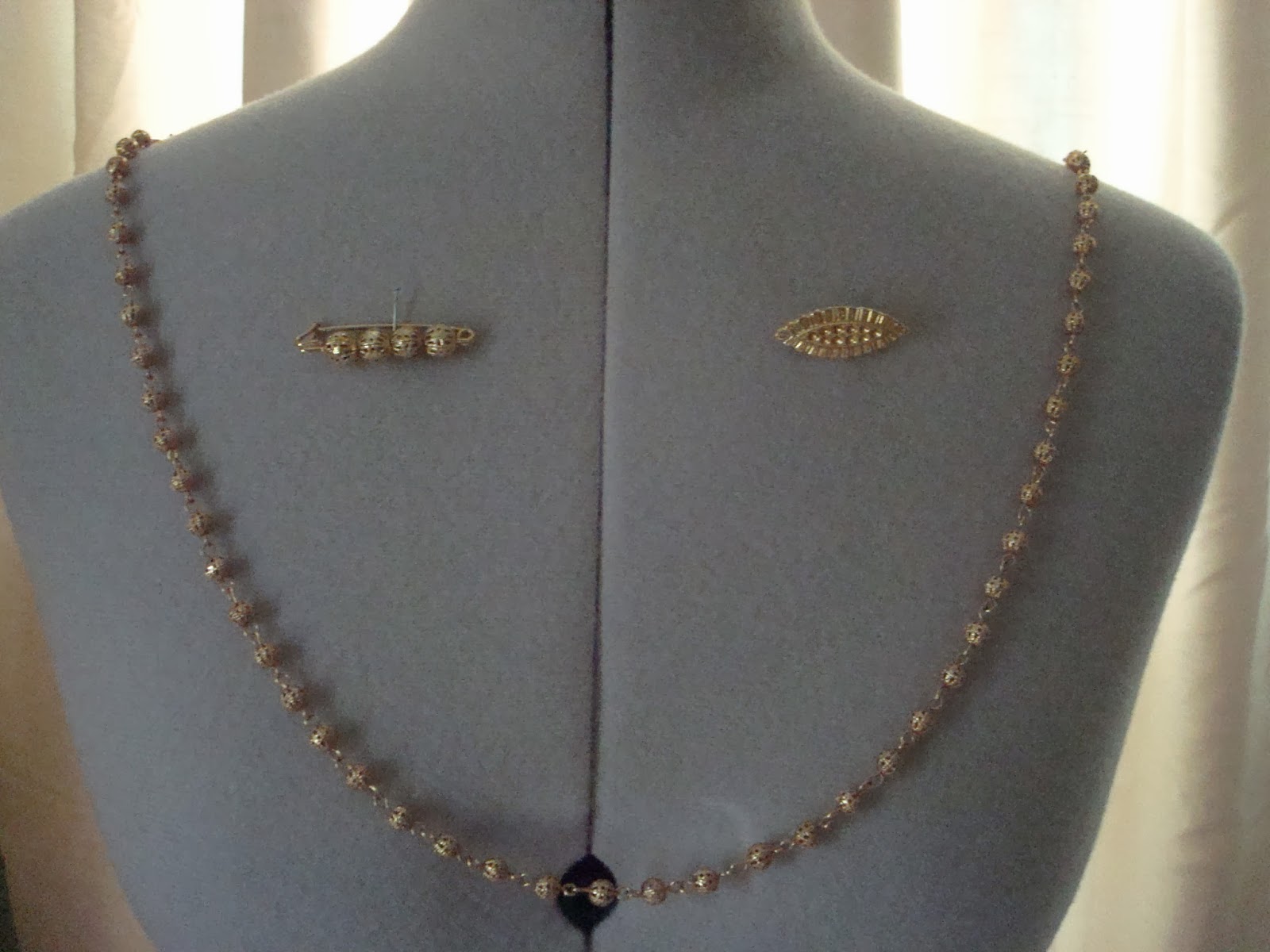 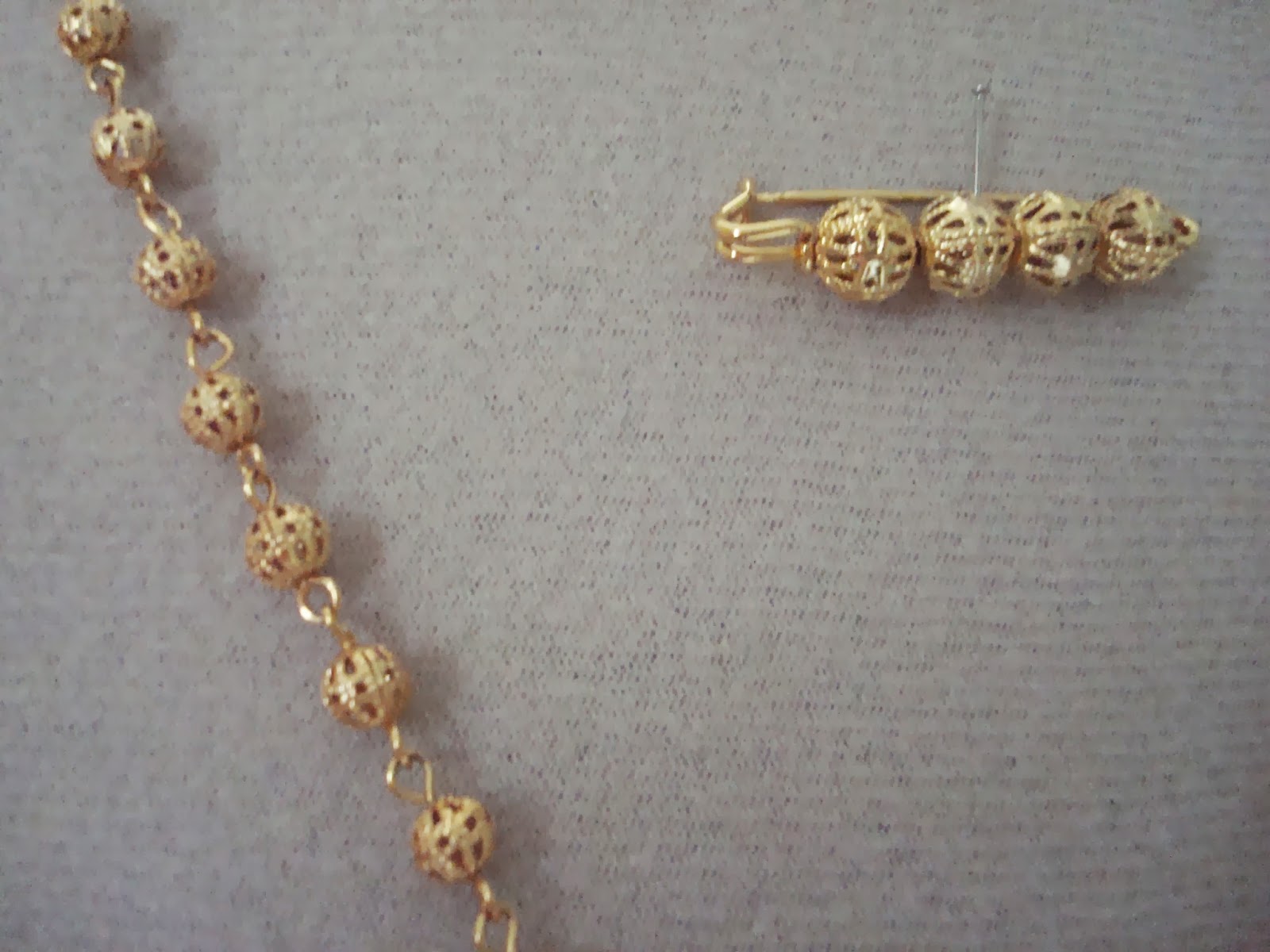 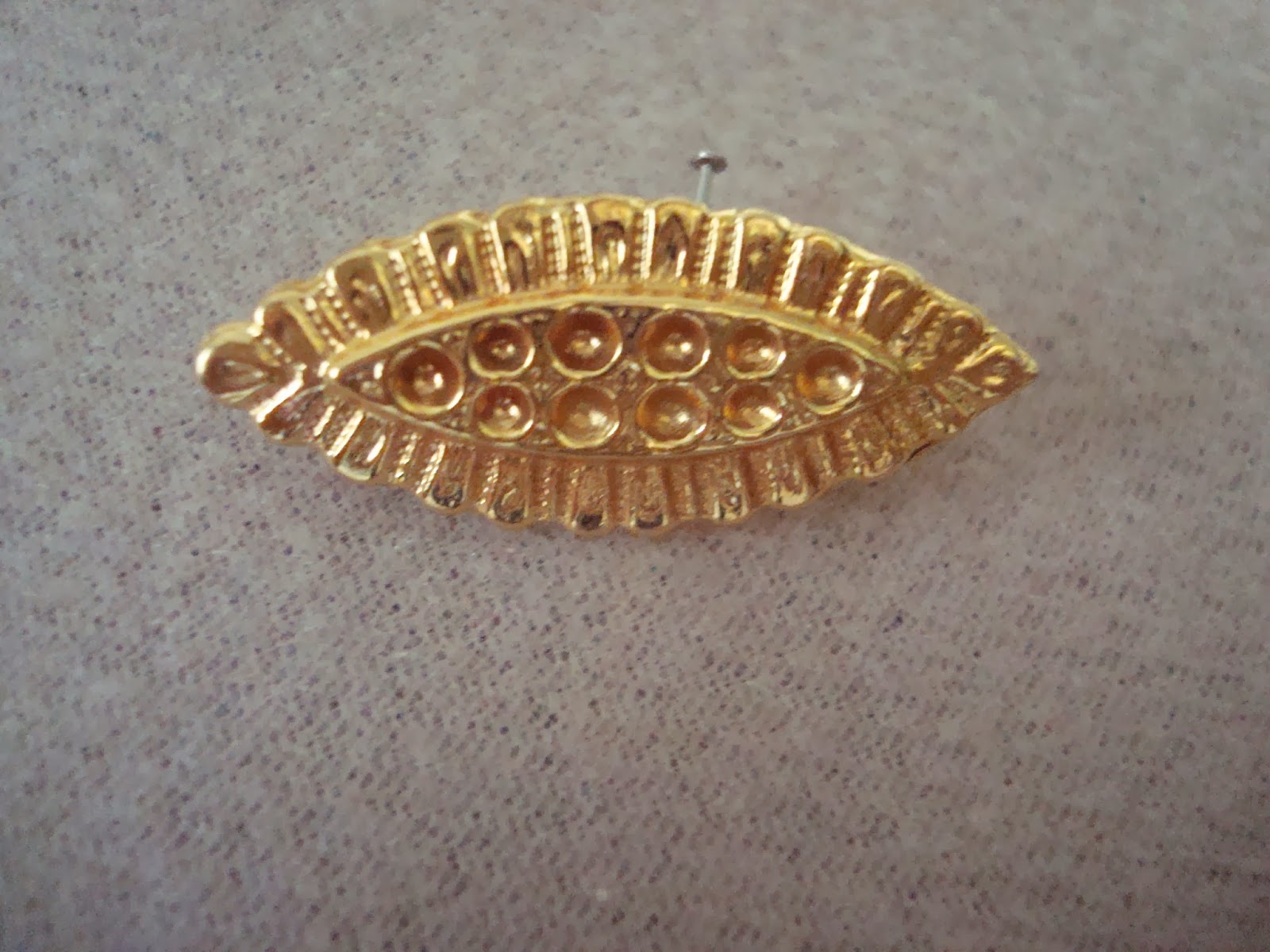 My first gold was this long length of chain. It's looped up several times to create the effect of several necklaces.

The filigree pendants take on the stylized heart shape that we also see in the Algibeira (pocket). My pendant is rather small; the heart pendant can be almost 6-7 inches tall.

The other pendant is made of filigree curlicues and flat balls which surround a faux Portuguese coin. 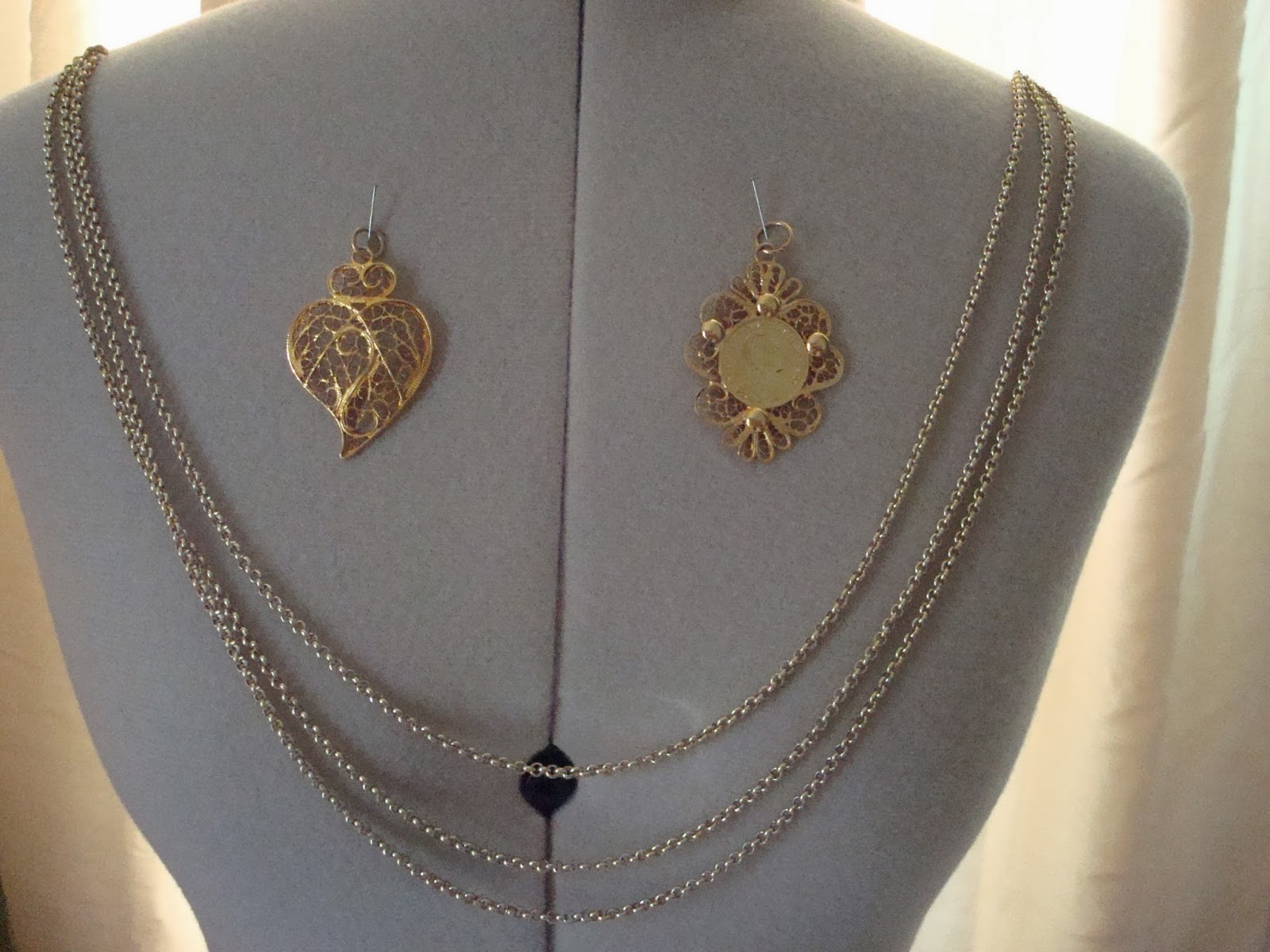 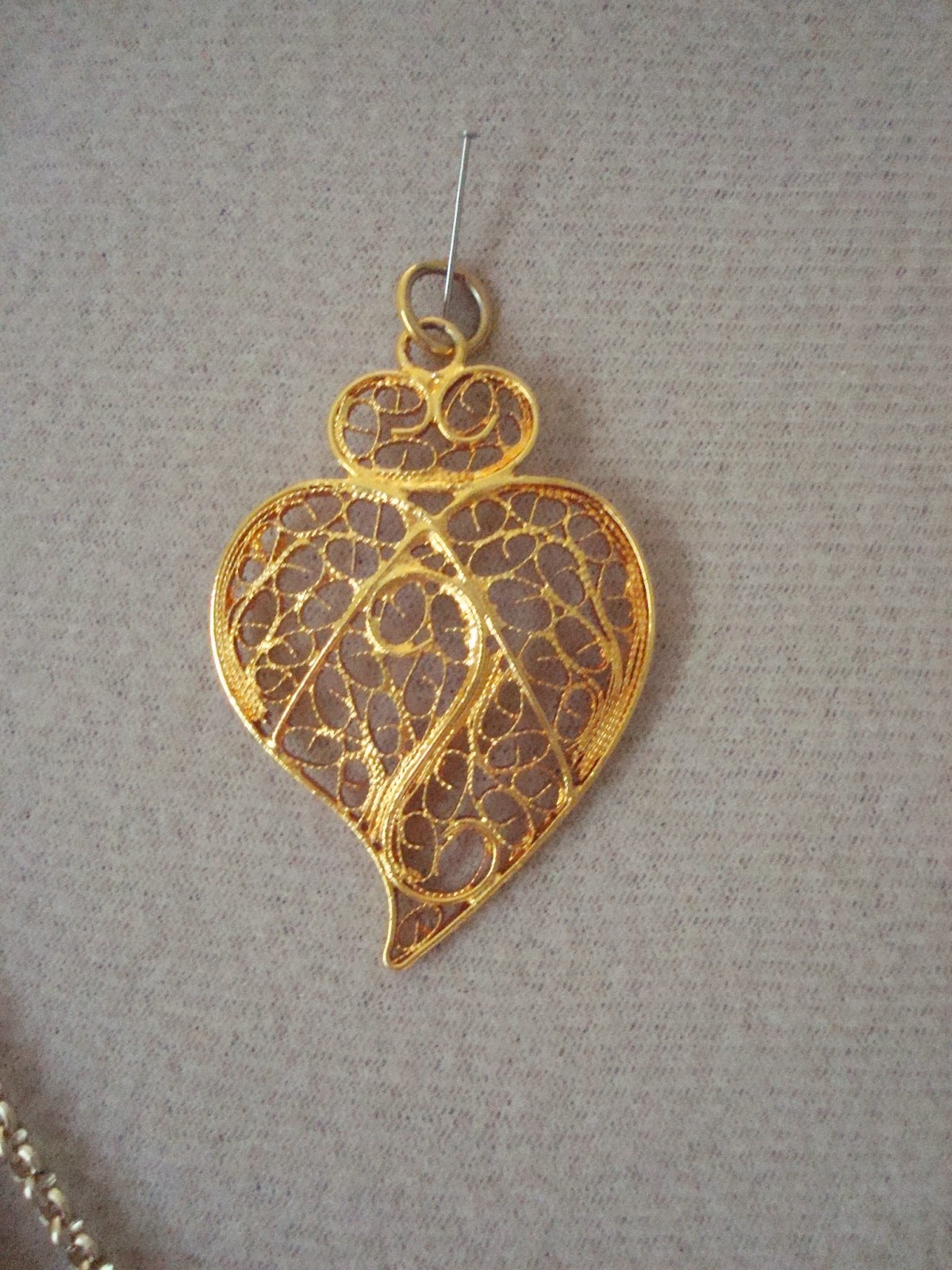 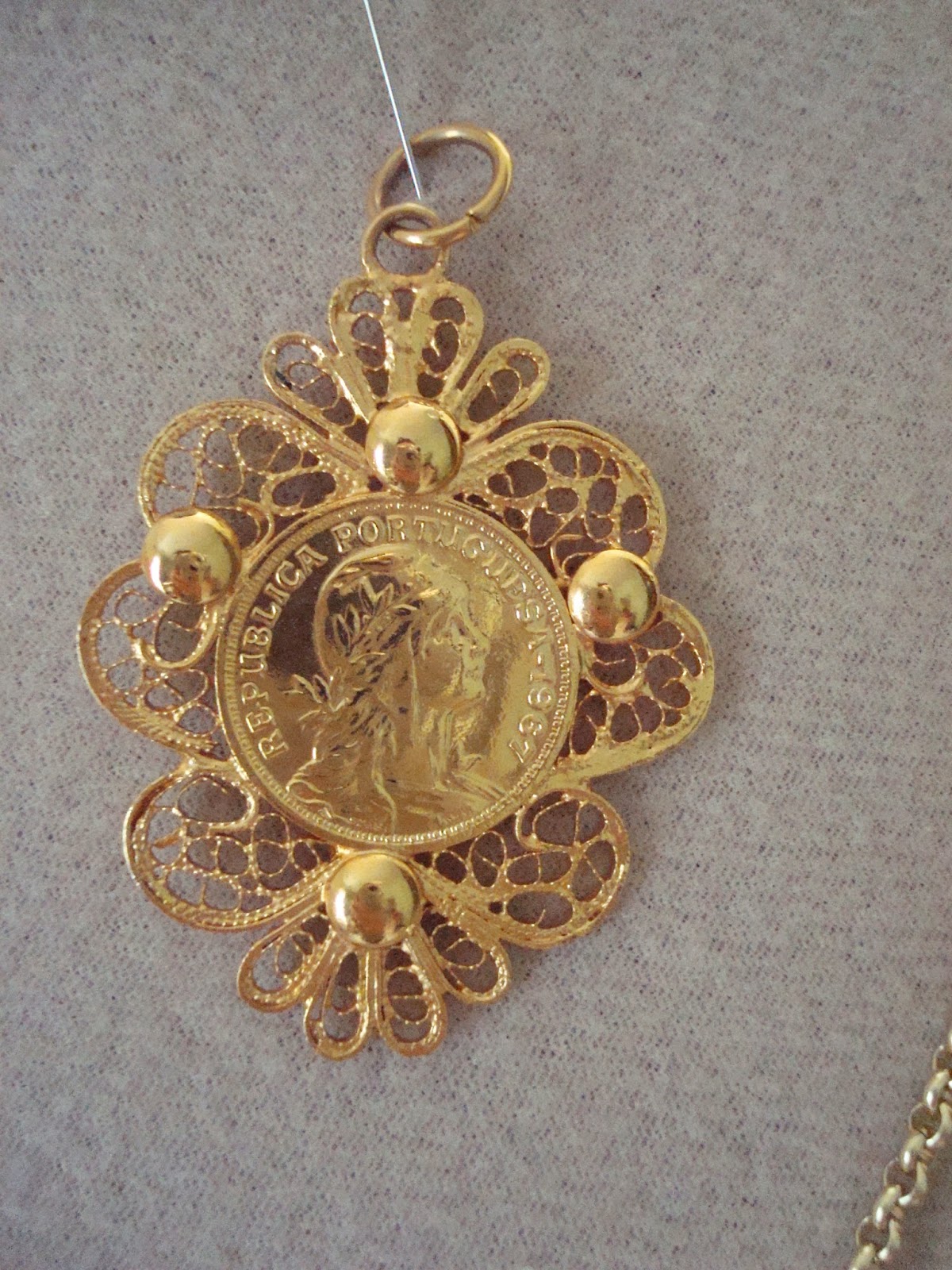 By the 19th century, the daily wearing of earrings for woman was the norm. If women ventured outside without earrings, they would have been frowned upon. Even the poorest and humblest women donned their dangly gold on a daily basis. The only tolerance for lack of earrings came if a woman had offered her earrings to God in desperation to fulfill a promise.

The brincos à rainha or "earrings in the style of the queen" was introduced at the end of the 19th century. Legend has it that the women of Viana created this style of earrings to receive the visit of Queen Maria II. Though there are other styles of earrings, these are the most popular. The inverted triangle shape of the tip of these earrings echoes the inverted triangles of the fertility talismans. The loose, swinging piece in the center of the earrings could represent a child in a womb or an older child who is independent but slightly stuck to the mother. These motifs could have unconsciously evolved from the fertility talismans.

As a child I actually never wore these earrings; they were fairly big and heavy. With time, the ring that connects the upper and lower pieces of the earring has tarnished, showing that it wasn't the gold it looked to be when I bought them. My love for them has recently flourished, and I think their drama would be great for an evening look. 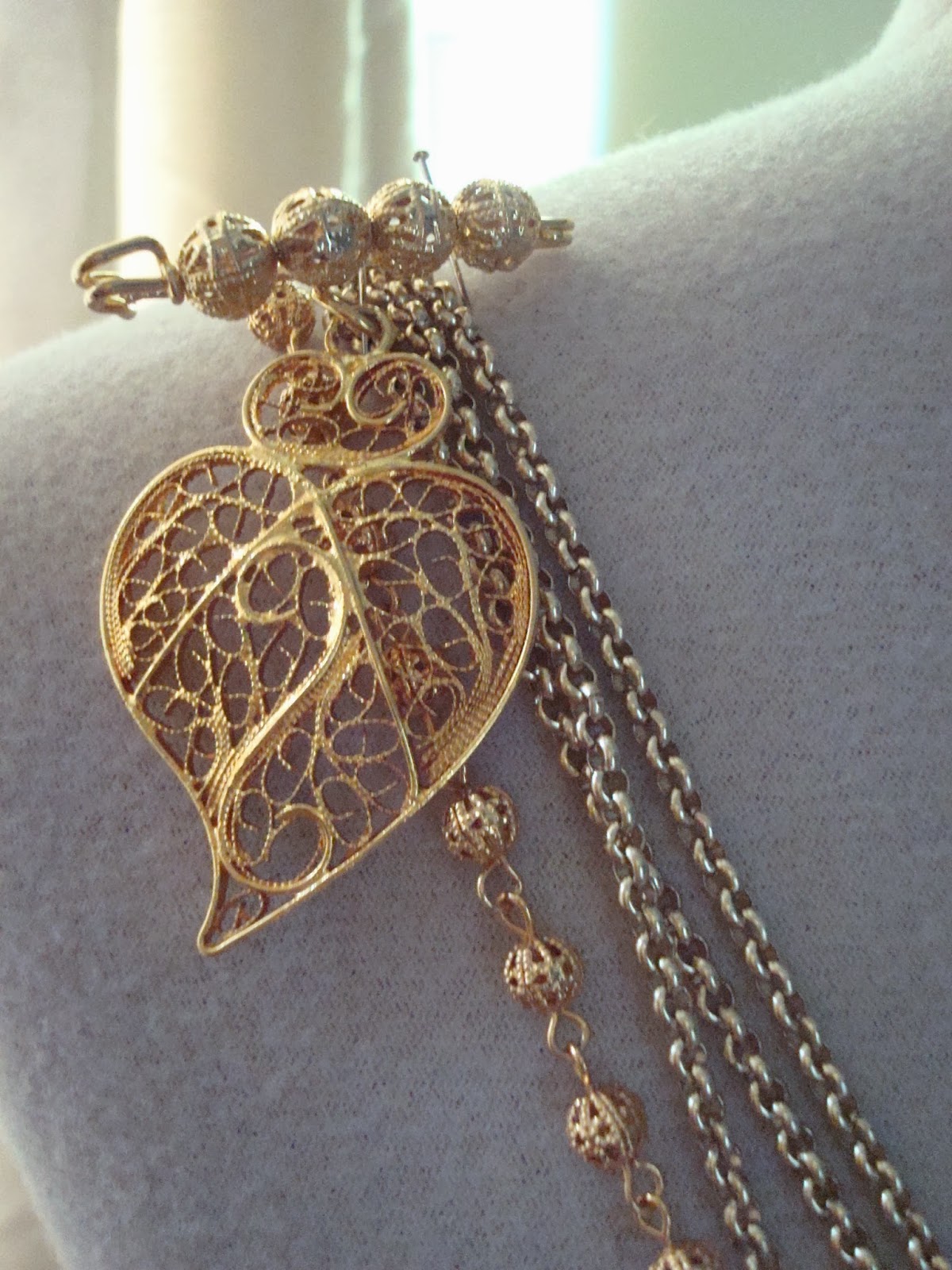 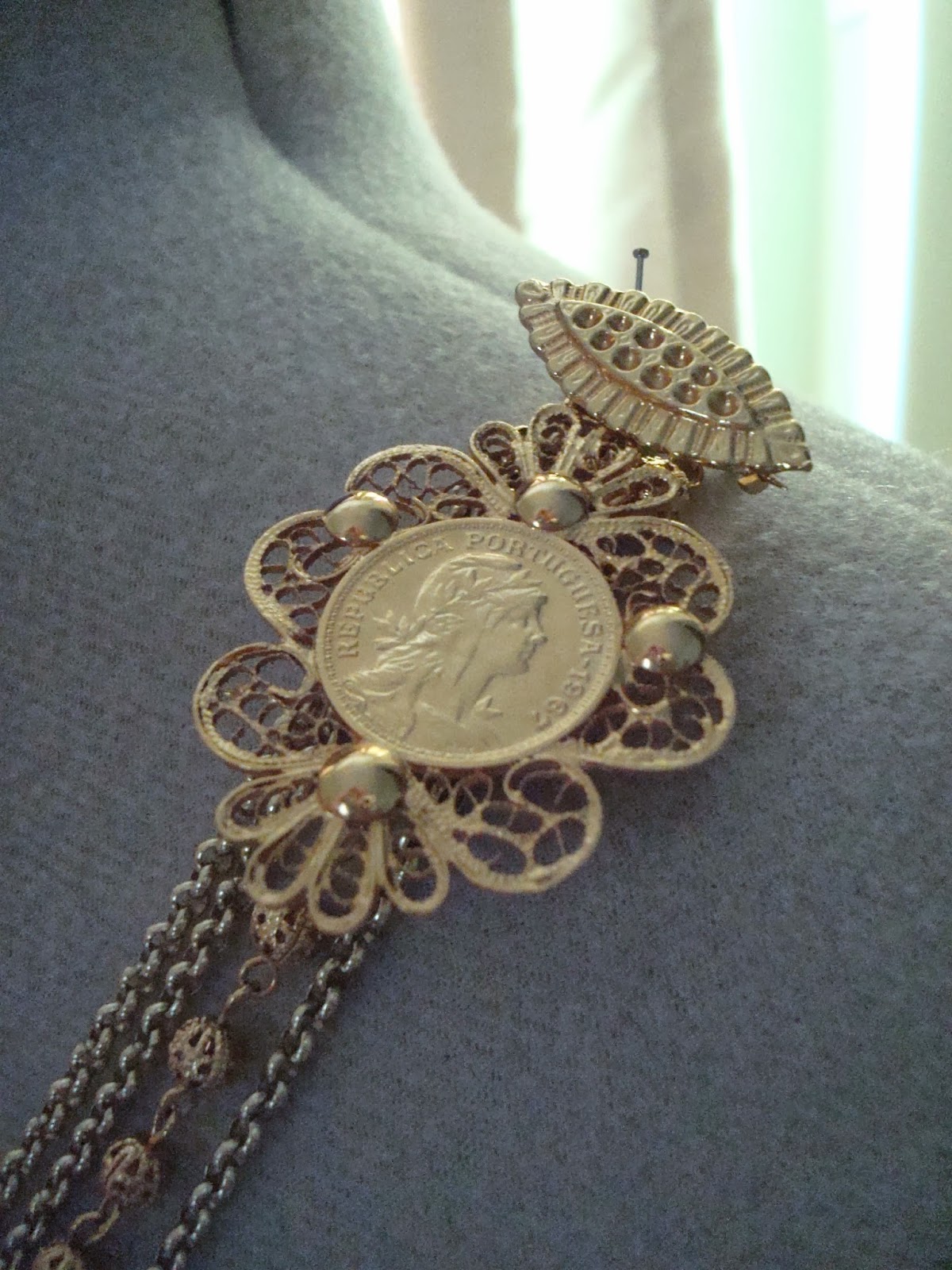