How I Made an 1840s Corded Petticoat 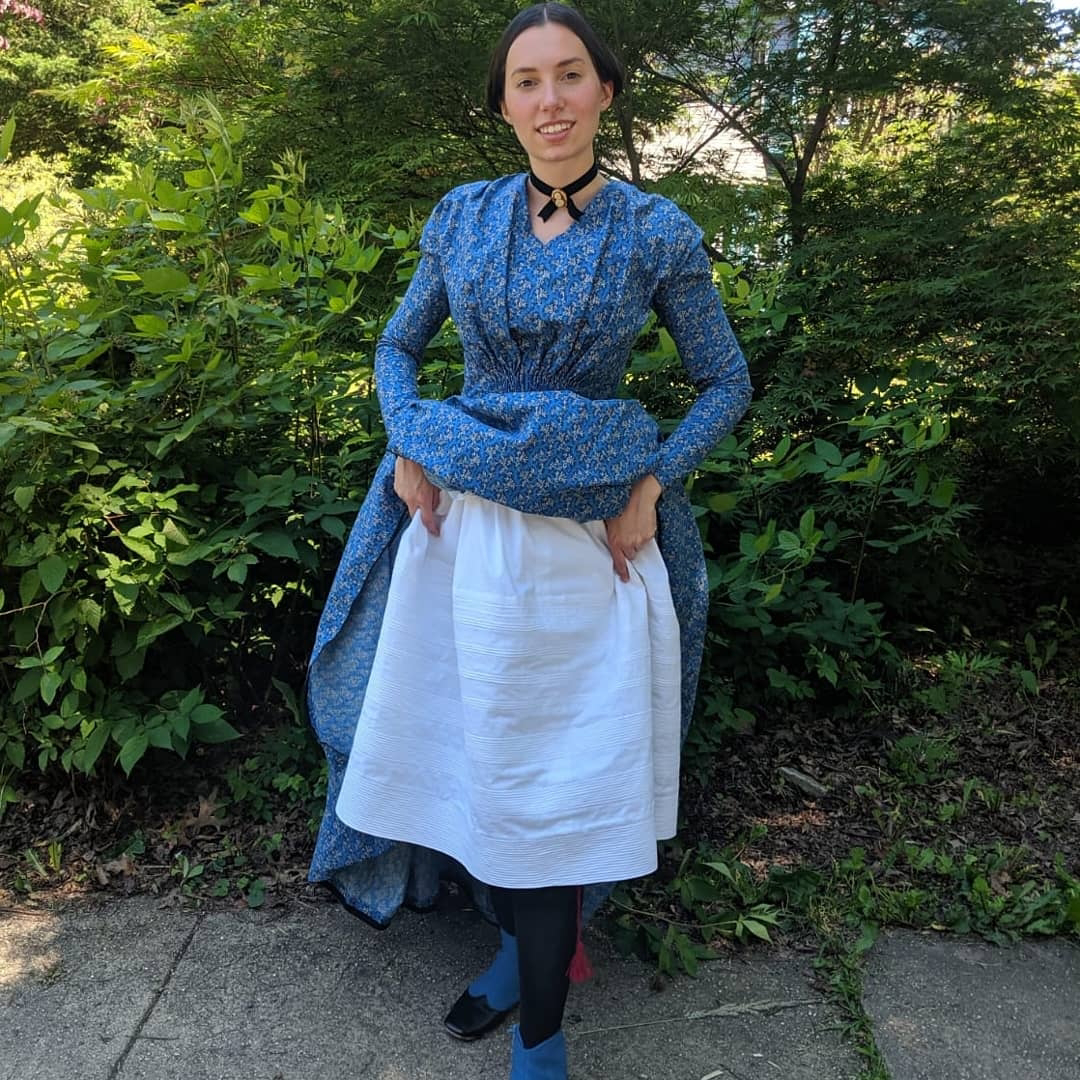 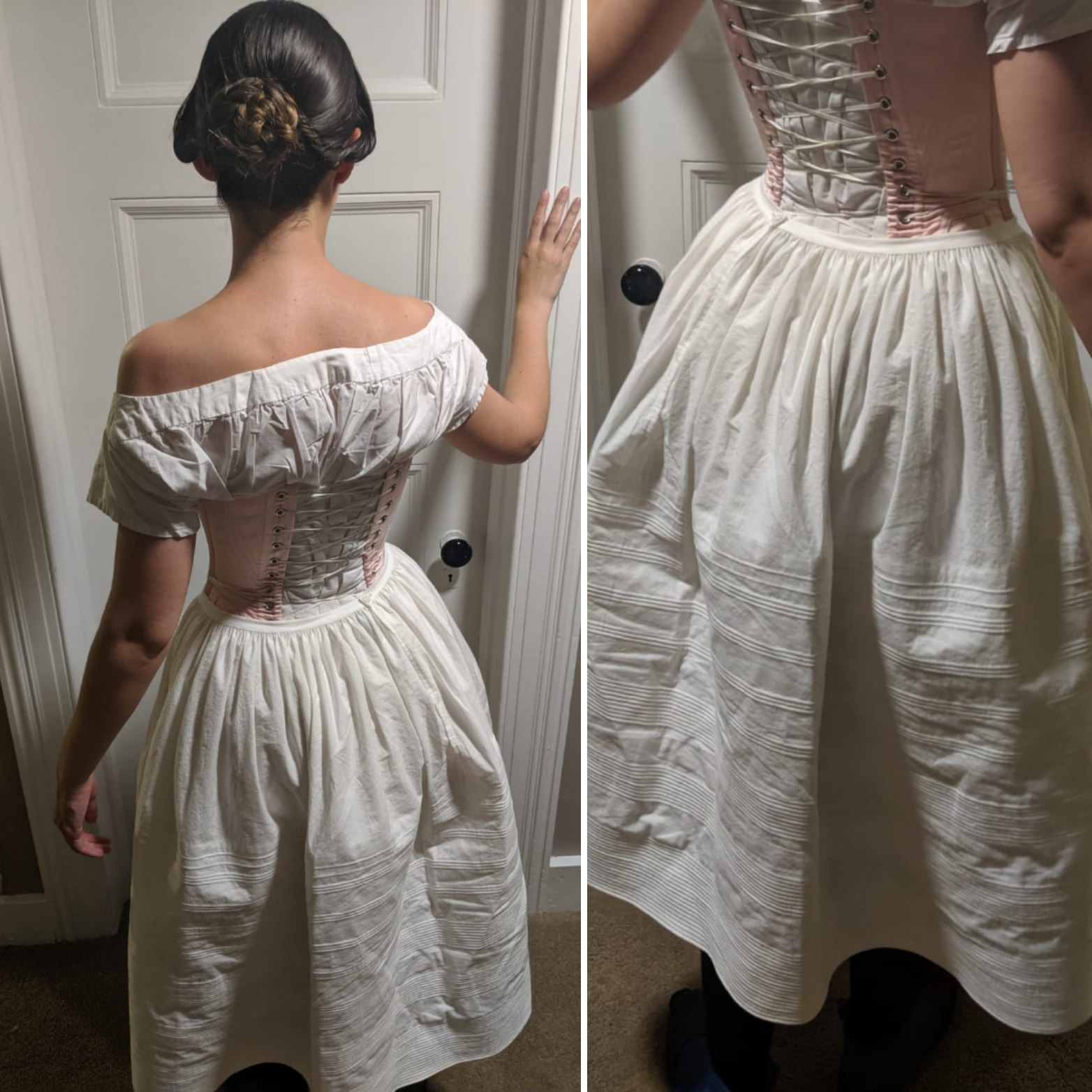 When I discovered that the 1840s is one of my favorite periods in historical fashion, I decided to invest some time in building out my mid-19th century wardrobe with the appropriate undergarments. The quintessential soft, bell shape of 1840s dresses is achieved by the use of corded and starched petticoats, worn several at a time. Last year, as my calendar filled with Victorian themed events, I committed to making a corded petticoat, using as many historically accurate techniques and materials as possible.

MATERIALS
I used the premium cotton muslin from Joann's, which I already had in my stash and had earmarked for 19th century undergarments. For the cording, I used the much recommended Sugar n' Cream cotton yarn. I had purchased a cone of this, and used a seemingly endless amount for piping on my mid 19th century dresses and for this corded petticoat - and I still have a significant amount left on the cone! I highly recommend investing in a cone of this yarn for your mid 19th century dressmaking needs.

The petticoat fastens at the waist with an antique china button, purchased as part of a lot of mismatched china buttons on eBay. Apparently, this style of button is known as a "piecrust" due to its shape! 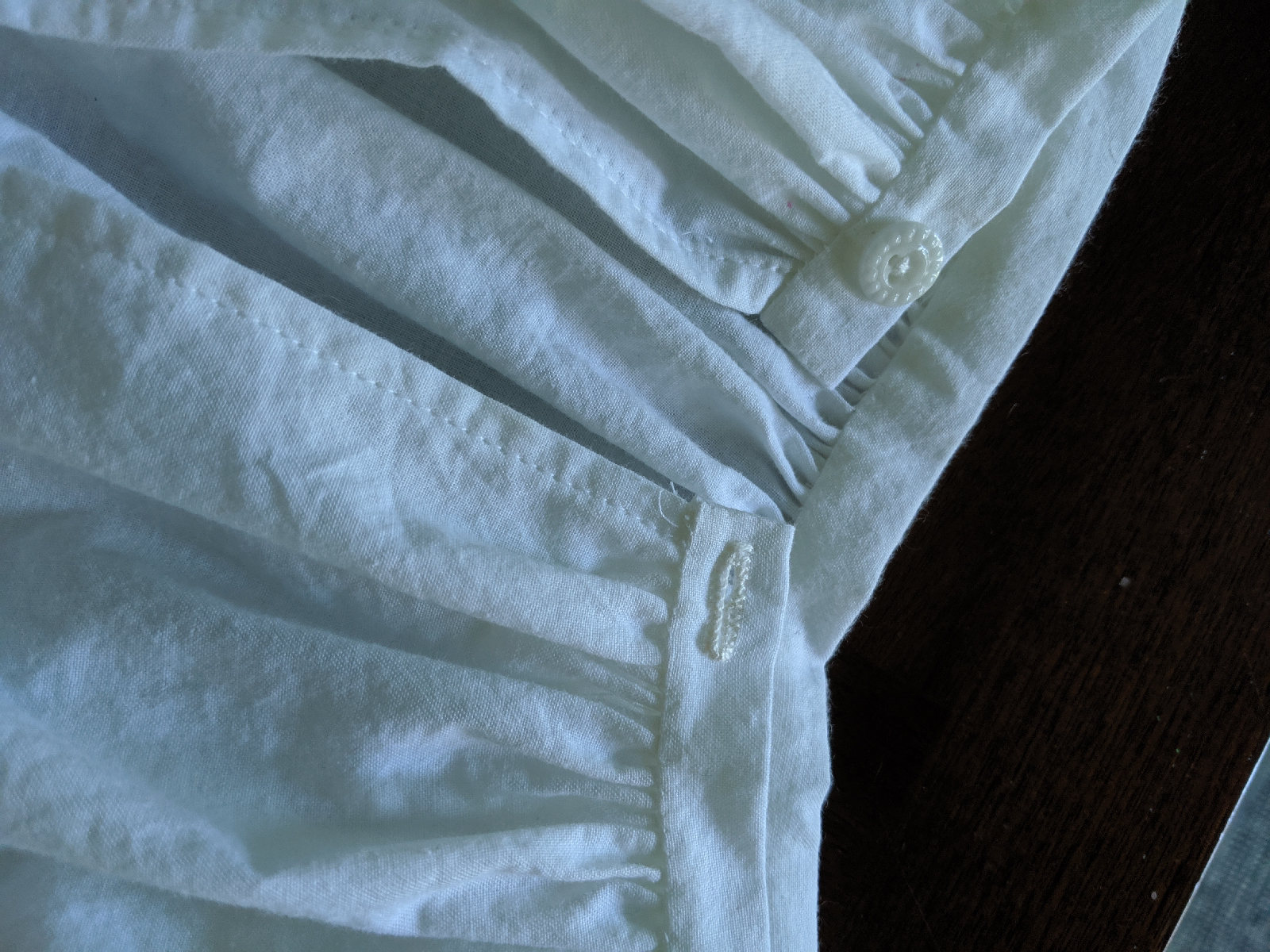 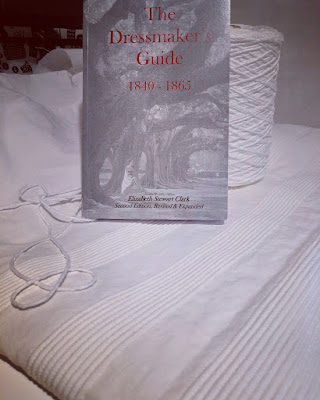 The Dressmaker's Guide by Elizabeth Stewart Clark is an indispensable resource for 19th century sewing. The author's knowledge and passion is apparent on every page, and this book is packed with information that will guide you through every detail of constructing a mid 19th century lady's wardrobe. I highly recommend adding this book to your shelf - there is much to learn from it, and you'd help support an independent patternmaker and educator!

Some details regarding the construction of the corded petticoat:

The petticoat is made from two pieces of 45" fabric seamed together. I used the "sandwich" method of cording.

My rows of cording were rather arbitrary, but generally denser at the bottom than at the top.

The top of the petticoat was sewn with stroked gathers, which were stitched to the waistband by hand. The buttonhole was also sewn by hand. 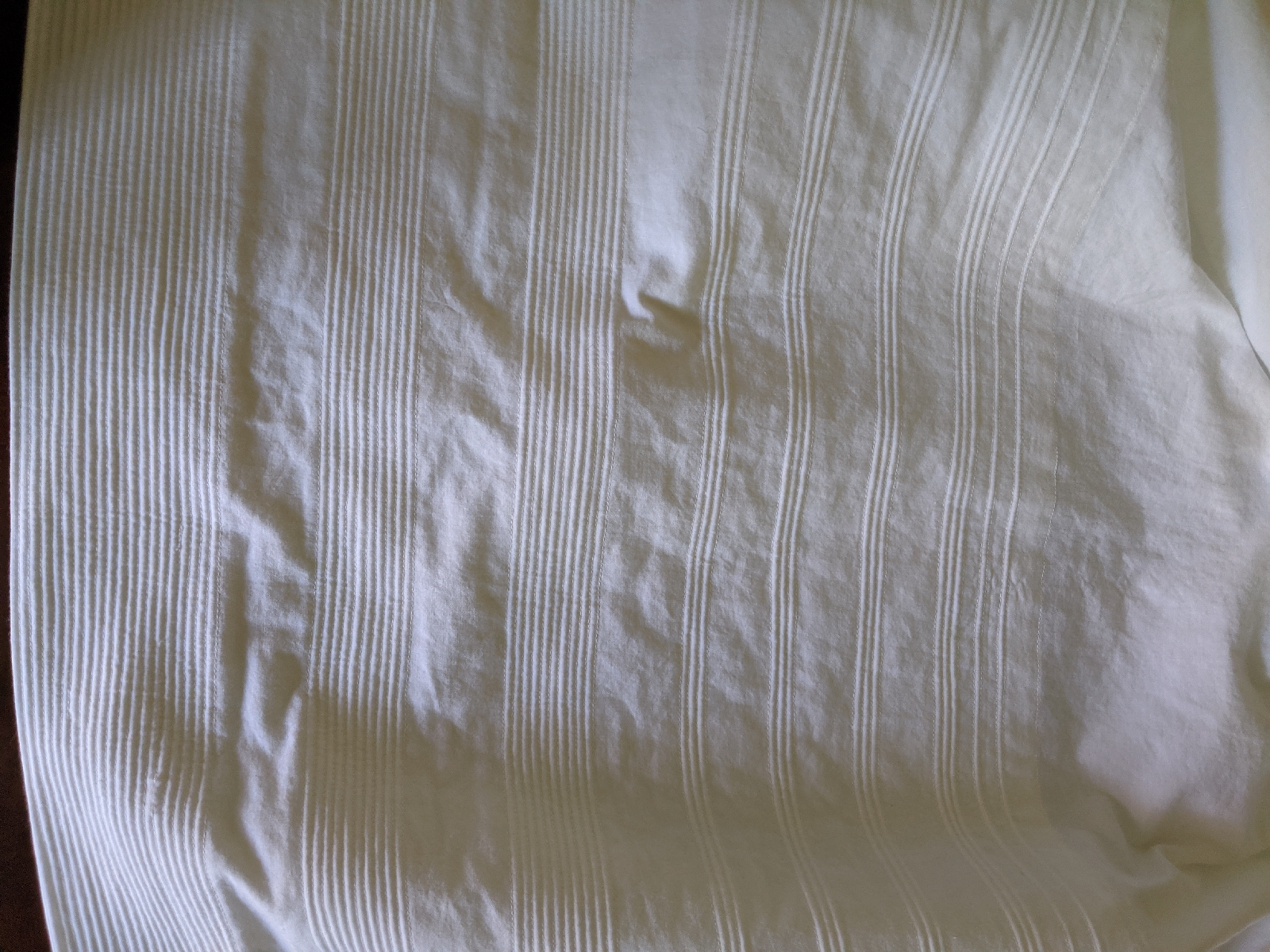 FINAL THOUGHTS
I'm really pleased with how my corded petticoat turned out. Even with 54 rows of cording and hand sewn gathers, it only took a few weekends to complete. I reminded myself not to rush through the process, and that made it less stressful and daunting to sew all those cords. This is one of those projects where I don't see any flaws that I need to go back and fix later! Since finishing it, I've worn it nearly a dozen times, and, together with 2-3 other petticoats, gives a satisfying fullness to my 1840s dresses. 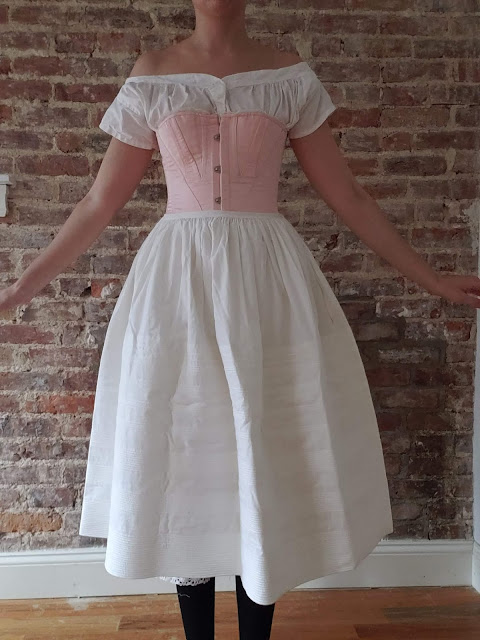