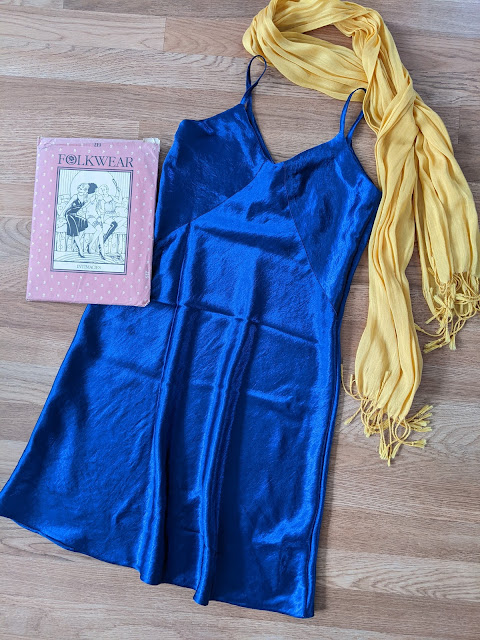 Here's another wearable mockup! I've been wanting to make the bias cut slip from Folkwear 219 Intimacies for years, but I've been too scared to cut into my nice silk charmeuse that I saved up for. I discovered this bright blue crepe back satin (from Joanns' Casa Collection, in color Indigo) in my stash, and decided it would be great for experimenting with this pattern.
I made this slip dress in about 3 days and learned quite a bit from the process!
I really liked how this pattern has you top stitch the bust pieces to the body piece. Pinning the satin pieces right sides together is a nightmare, because it slips around so much, but this technique seemed to mitigate that. 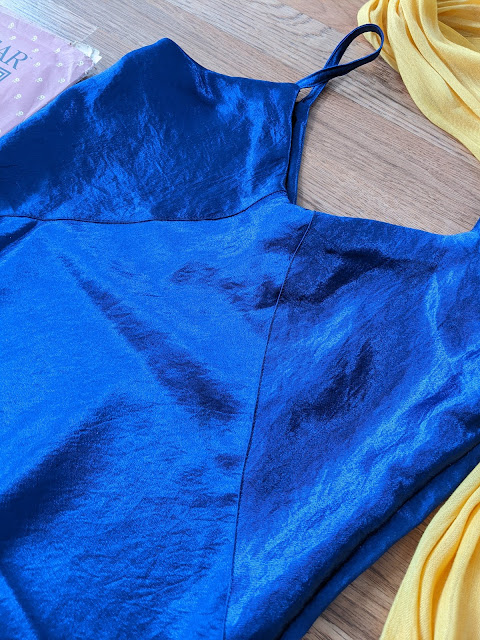 While I cut all my pieces on the bias, I don't think I cut them all in the same direction, so there's some weird shading on the fabric - oops!
The front and back of the slip (which are identical pieces) are sewn together with French seams. The finished slip was a bit long on me, so I cut off 2 inches from the hem before hand-sewing a 1/4 inch wide hem. 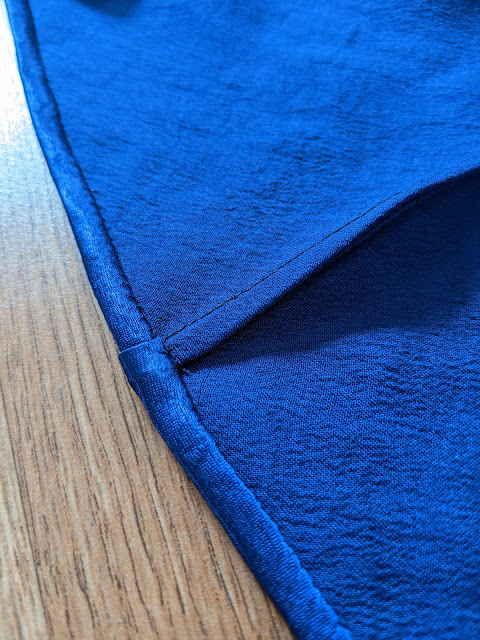 The most difficult part of this project was the neckline facing. The satin fabric squirmed and twisted, and I think the natural "bounciness" of the fabric prevents this facing from laying flat, even after pressing. Next time, I think I'll use some rayon seam binding for a light weight facing. I also want to try finishing off the top edge with lace, which would negate the need for a facing altogether.
The instructions called for topstitching along the neckline after the facing was attached, but I found it tricky to press this fabric, so instead I understitched the facing to the slip neckline seam allowance where possible. 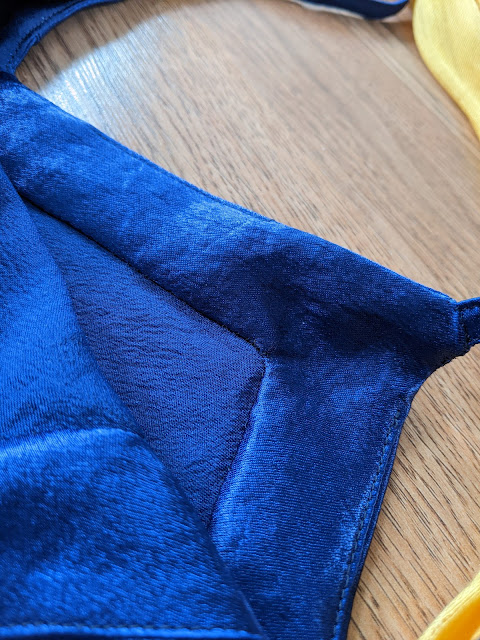 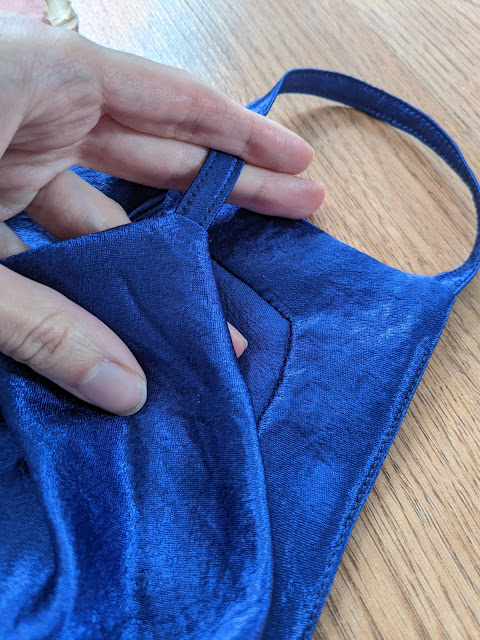 I ended up shortening the straps by about 4 inches - after trying on the finished slip, I think I shortened them too much, oh well. I'm petite, so I'm used to shortening the straps and shoulder areas on garments.
I also found that after finishing this slip, there was a bit of excess fabric under my arm - in a future iteration, I'll add a dart there to adjust the fullness. The bias cut of this slip does make it lay nicely on my body, although not snugly - it looks best when belted at the waist.
Folkwear 219 is an easy-to-follow and versatile pattern. I think I'll be making a few more variations of this slip and the tap pants, as I prefer wearing these under dresses than modern bike shorts.