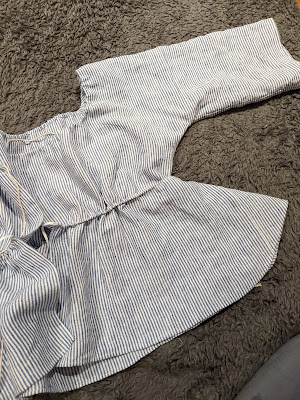 In February, the Museum of the American Revolution hosted a sewing workshop to recreate an extant short gown that belonged to Elizabeth "Betty" Dorn, a free black woman who lived in New Jersey in the early 1800s.

The original short gown was made of a printed cotton fabric and meticulously stitched with near-invisible seams! It had a tuck sewn around the waist to create a drawstring channel. Note that the sleeves of the original have gone missing at some point in time!

As part of the workshop, the MOAR provided us with a sewing pattern traced off the original, striped linen fabric, detailed pictures of the short gown, and documentation on other late 18th century and early 19th century short gowns. The skilled Kirsten Hammerstrom of Kitty Calash guided us through the project.

I highly recommend their Artisan Workshops if you're looking for fun and interesting historical sewing projects!

Nearly by accident, the side seams and gores on the striped linen short gown I made created a pleasing chevron pattern! I sewed the short gown by hand with waxed linen thread. This is the first time I was able to get my seams between 1/8" and 1/4" in width. Finger pressing the linen fabric certainly helped achieve these tiny seams! 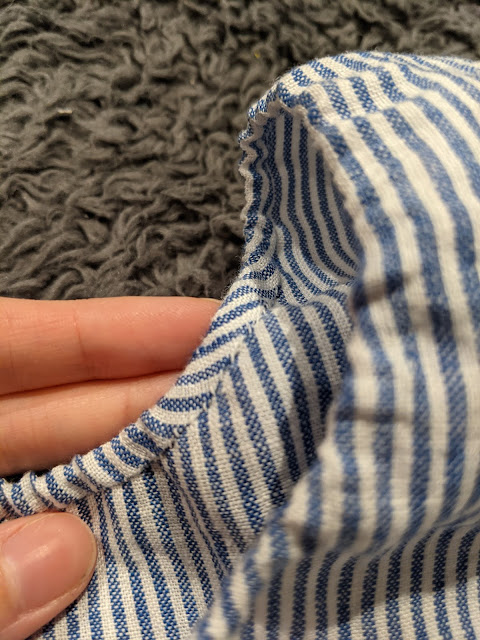