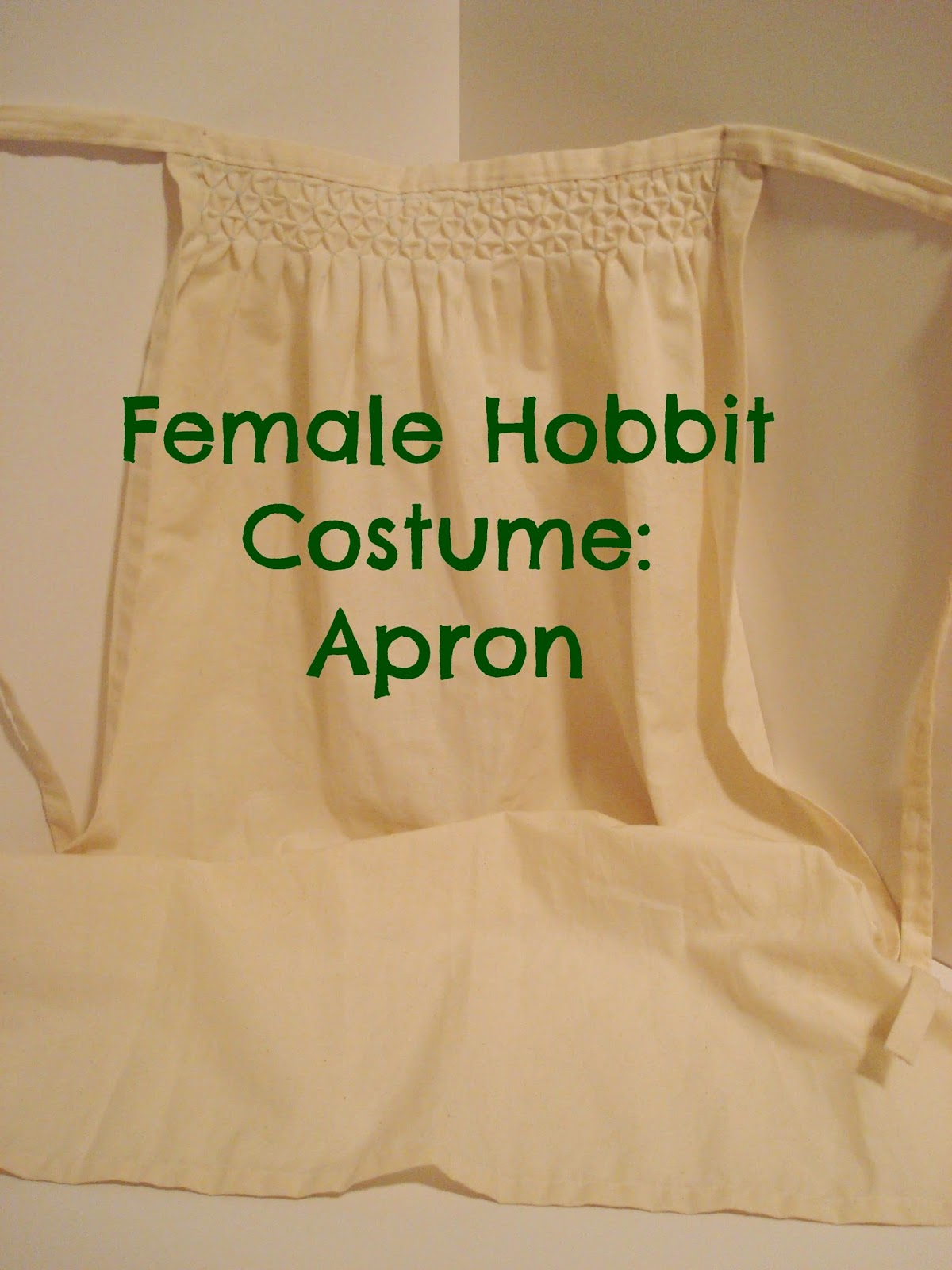 Ever since Katafalk released her excellent honeycomb smocking tutorial, I've been itching to create a Medieval smocked apron. I think this is really a quick and satisfyingly easy way to add a little extra to an article of clothing that would otherwise be super boring (it's a hemmed rectangle, after all).

I didn't get too fancy, however, and did just 4 rows of smocking, which I think does the trick. It really adds to the homemade, Hobbit-y feel and adds character to the costume. The waistband and ties is cut in one continuous strip of fabric which is entirely handsewn with an invisible whip stitch.

The smocked apron is made from unbleached cotton muslin. Originally it was going to be made in a beige slighter darker than this, but I had difficulties finding fabric that satisfied my color, weight, and price requirements. The apron is 31 inches long and 23.5 inches wide. The smocked area is 12.5 inches wide (including the side hems). The waistband/ties are 66 inches long. 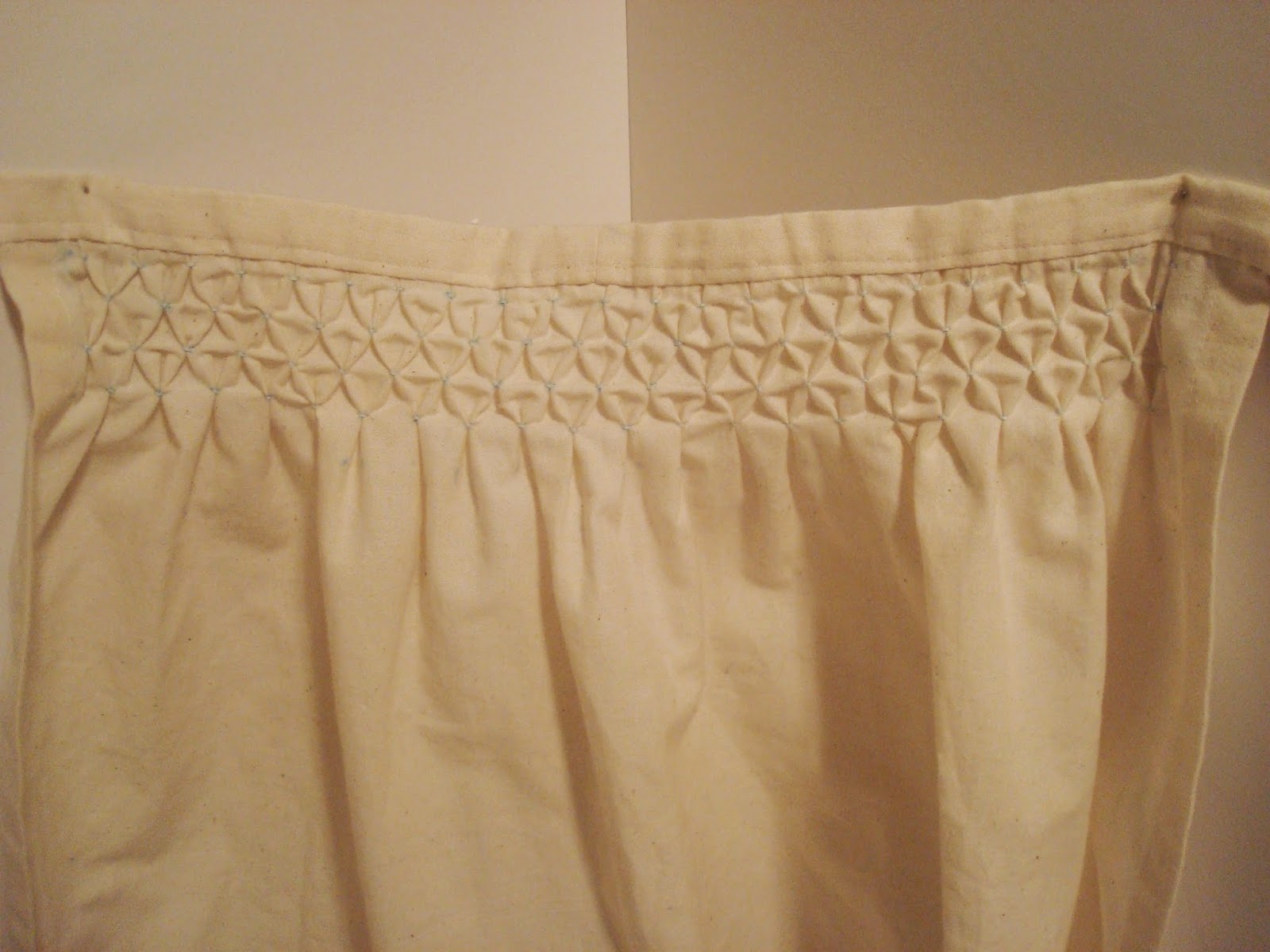 On the hem, I used this mitered corner technique because I wanted to reduce bulk at the corners and create a more professional finish. I also used this technique when I made my embroidered handkerchief! 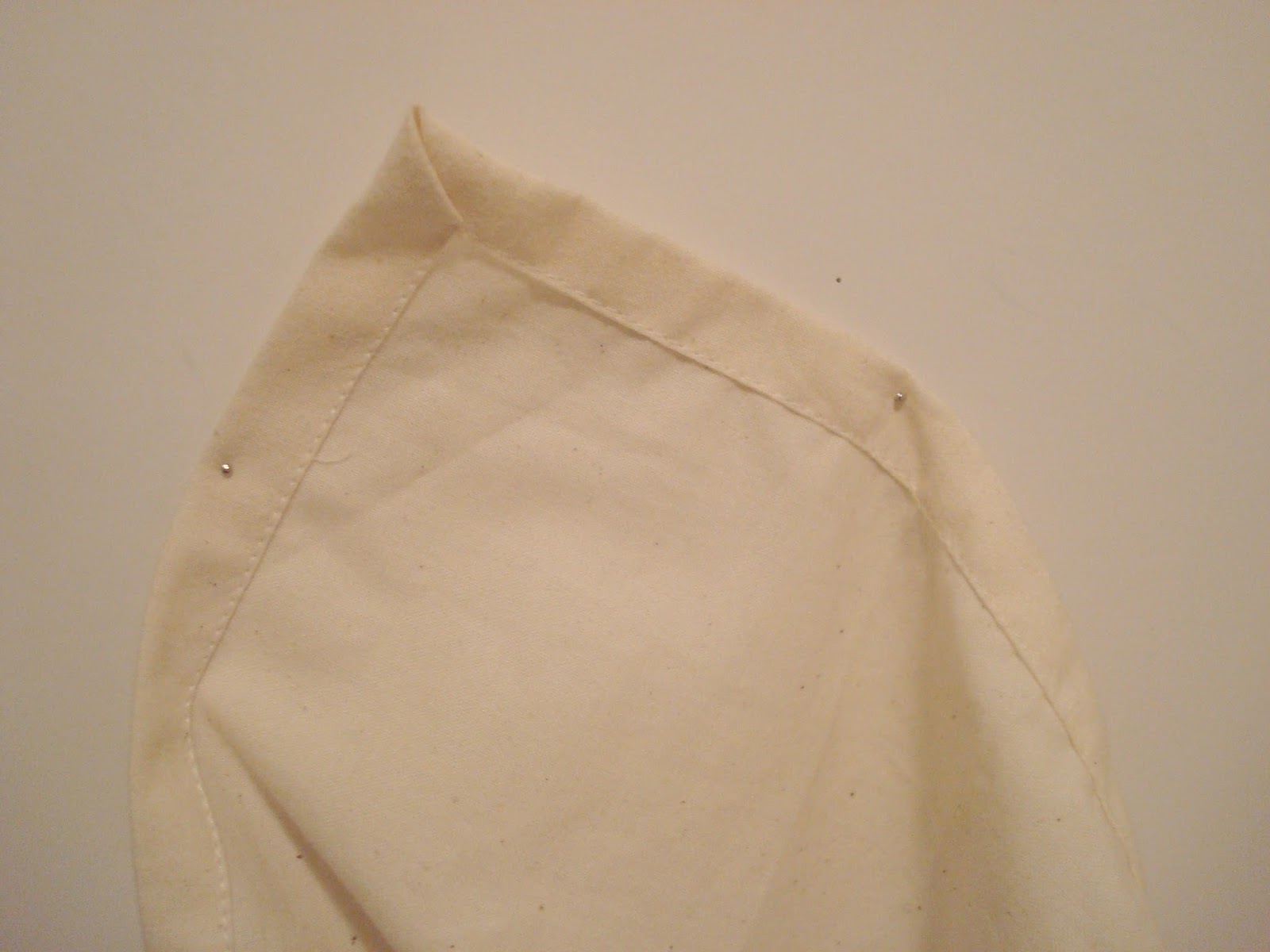 I was actually running out of time the night before this costume was to be worn, so I let my client know that I would create a gathered apron (with the waistband/ties topstitched) and that she could return the apron to me later and that I would take it apart and make it how we had agreed. I was really disappointed with the topstitching my Singer Simple did--the feed dogs seemed unable to feed the fabric evenly, so stitches kept slanting. My machine also seemed incapable of handling more than 2 layers of the muslin smoothly--gah!!

Have you ever tried smocking? If so, what did you make and what is your favorite smocking technique?