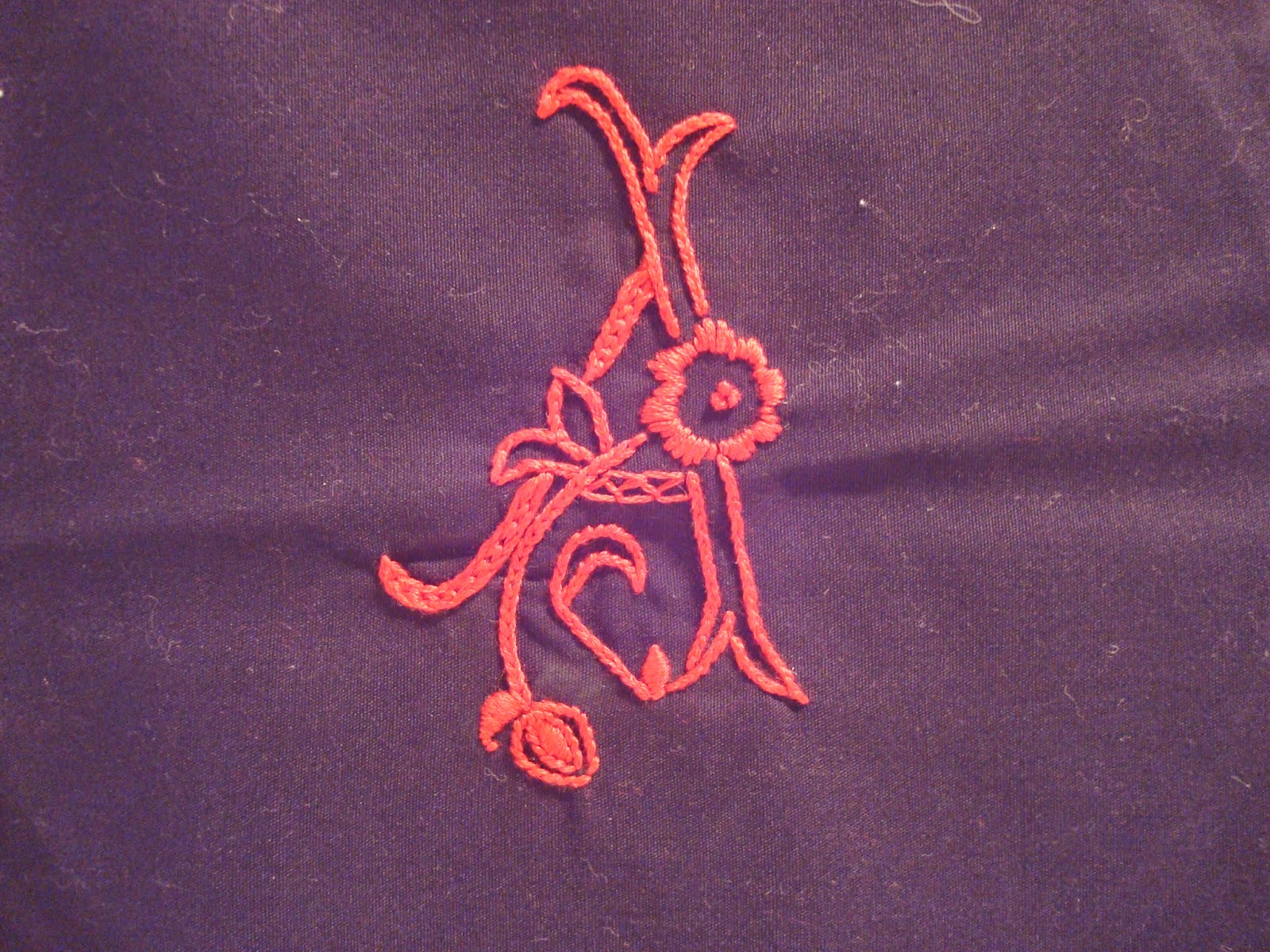 I completed this fun embroidery project in early 2014 as part of an oral project on Nathaniel Hawthorne's The Scarlet Letter for one of my American Literature courses. The Professor required our projects to bring in an "extra" element to make them stand out, i.e. Fun Fact handouts. This was my second time reading this novel and it's one of my favorites, even if it is a bit difficult to digest.

Her attire, which indeed, she had wrought for the occasion in prison, and had modelled much after her own fancy, seemed to express the attitude of her spirit, the desperate recklessness of her mood, by its wild and picturesque peculiarity. But the point which drew all eyes, and, as it were, transfigured the wearer—so that both men and women who had been familiarly acquainted with Hester Prynne were now impressed as if they beheld her for the first time—was that SCARLET LETTER, so fantastically embroidered and illuminated upon her bosom. It had the effect of a spell, taking her out of the ordinary relations with humanity, and enclosing her in a sphere by herself.

"She hath good skill at her needle, that's certain," remarked one of her female spectators; "but did ever a woman, before this brazen hussy, contrive such a way of showing it? Why, gossips, what is it but to laugh in the faces of our godly magistrates, and make a pride out of what they, worthy gentlemen, meant for a punishment?"

"It were well," muttered the most iron-visaged of the old dames, "if we stripped Madame Hester's rich gown off her dainty shoulders; and as for the red letter which she hath stitched so curiously, I'll bestow a rag of mine own rheumatic flannel to make a fitter one!"

... Lastly, in lieu of these shifting scenes, came back the rude market-place of the Puritan, settlement, with all the townspeople assembled, and levelling their stern regards at Hester Prynne—yes, at herself—who stood on the scaffold of the pillory, an infant on her arm, and the letter A, in scarlet, fantastically embroidered with gold thread, upon her bosom.

I used red cotton thread instead of gold thread because I had never worked with gold thread before, nor did I know where to find it. I used a large scrap of black poly-cotton since this was just for a demonstration; I could always trim the fabric a bit and pin the letter to a bodice.

I used the following image as a pattern. I found it on Google but forgot to note the source! I didn't include all of the design elements for sake of time. To transfer the design onto my black fabric, I printed out the design and pinned it to my fabric. I then put the fabric and design into an embroidery hoop, placed the hoop over an industrial flashlight, and used the flashlight as a makeshift lightbox with with to trace the design onto the fabric. 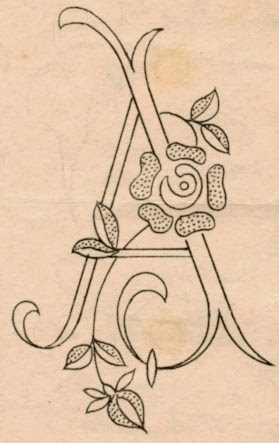 I used this Scarlet Letter Embroidery project as a way to learn new embroidery stitches and techniques. I used Mary Corbet's video tutorials, and each tutorial is linked below: 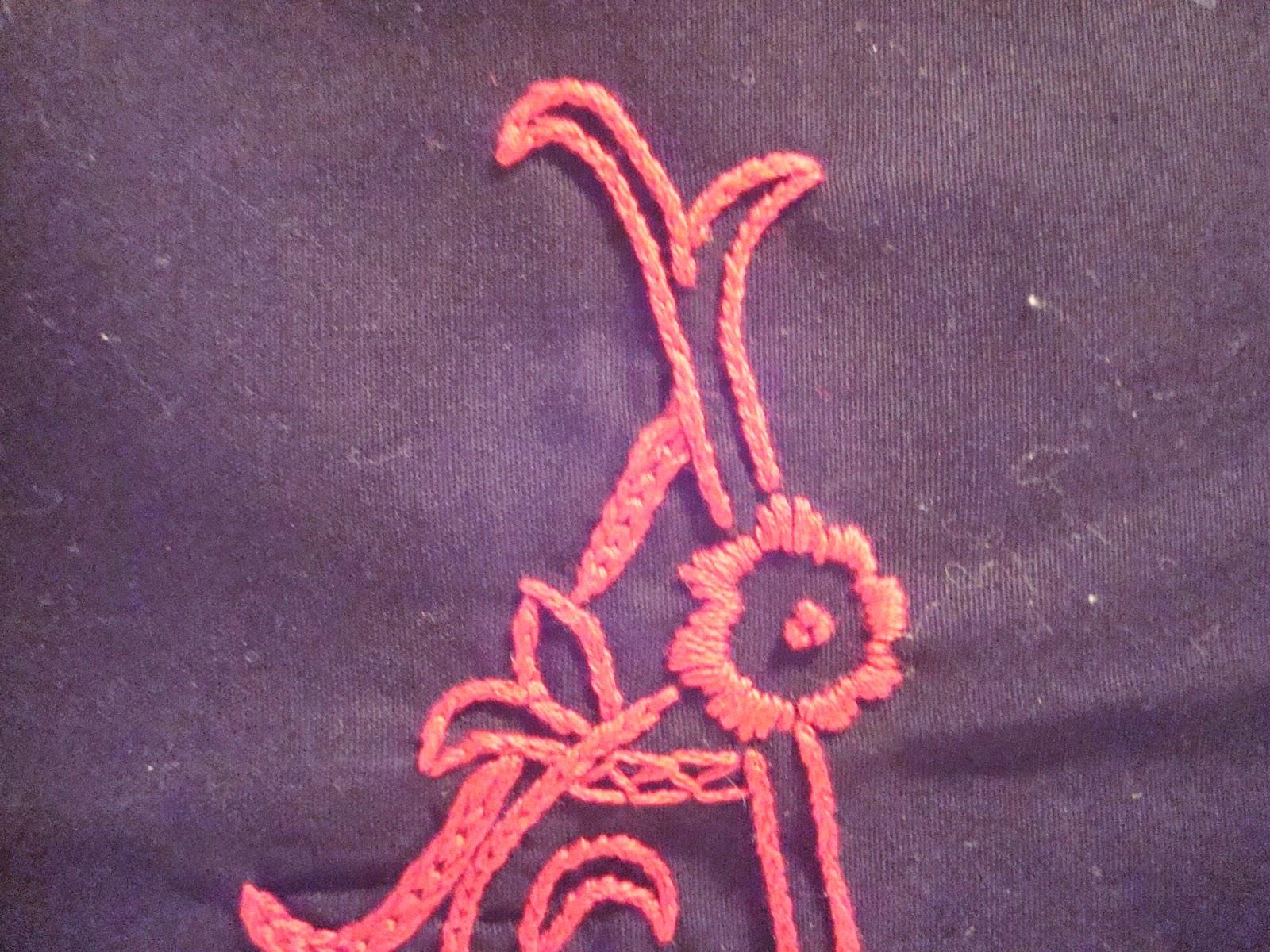 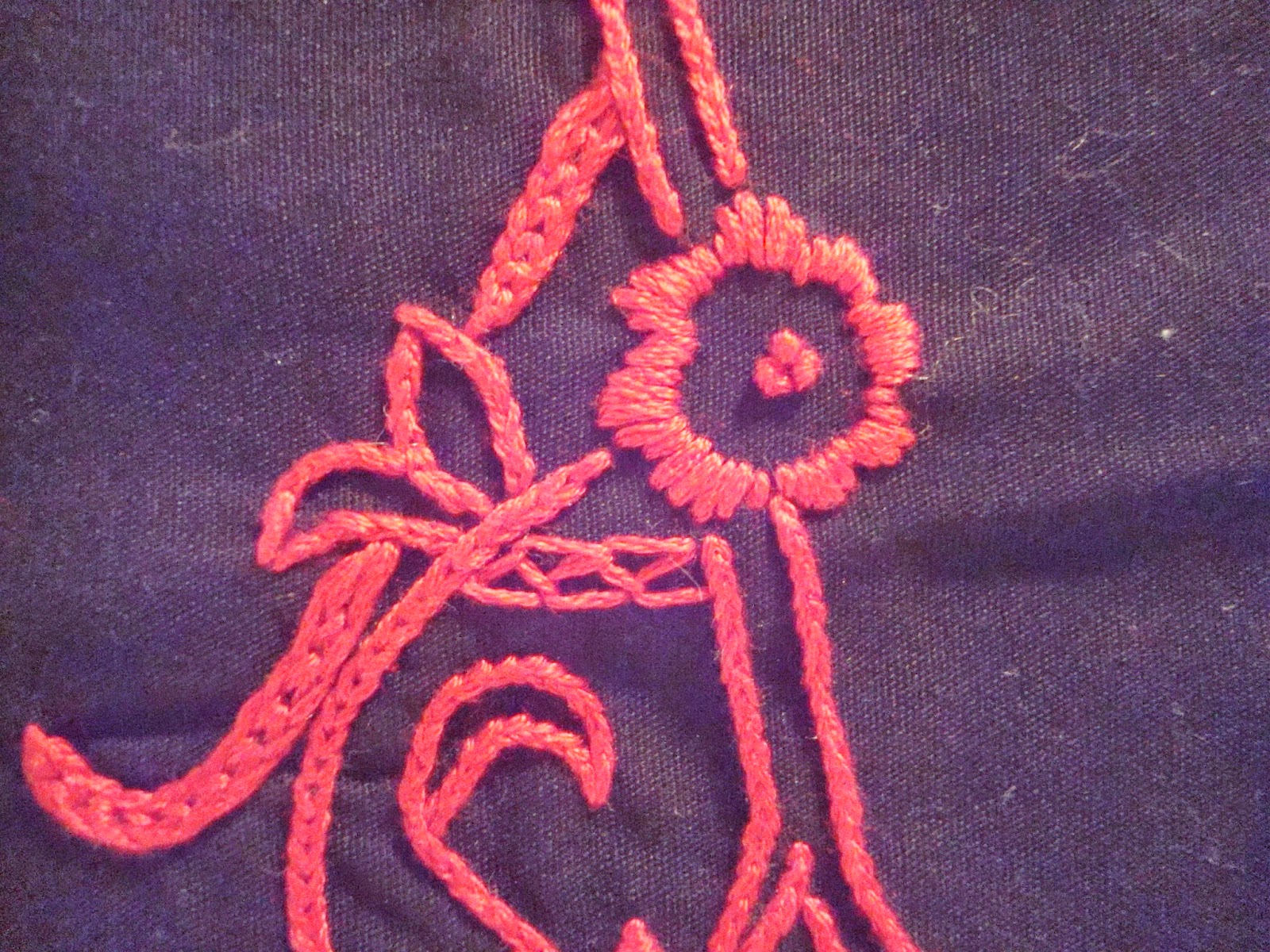 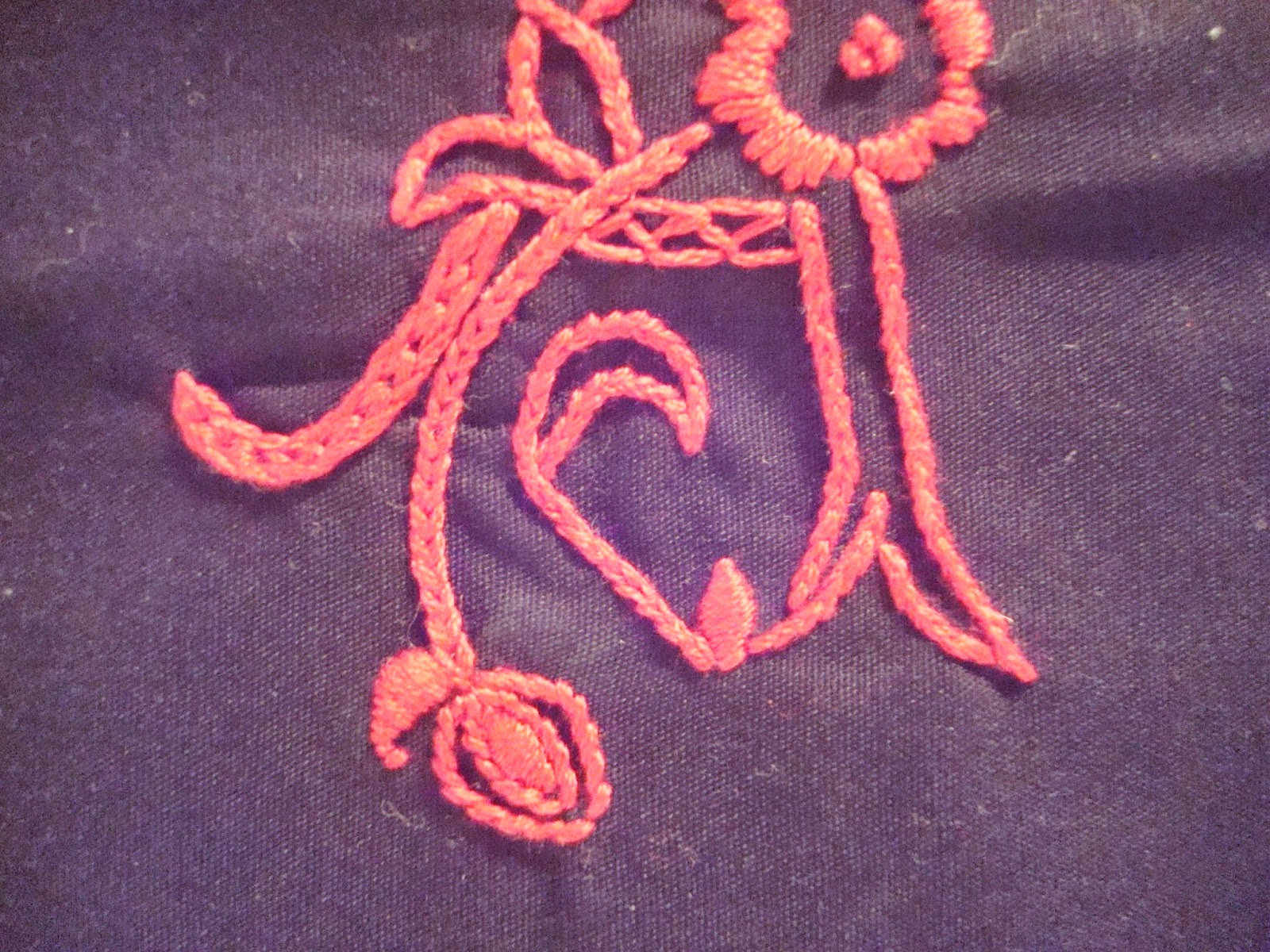 The Scarlet Letter Embroidery was a great project, allowing me to expand my embroidery skills and explore a famous American novel in a whole new way. My classmates enjoyed the Scarlet Letter visual and I think it added to our perception of the flashy and extravagant "A" that Hester Prynne makes.

Have you ever read The Scarlet Letter? What are your thoughts on the book?